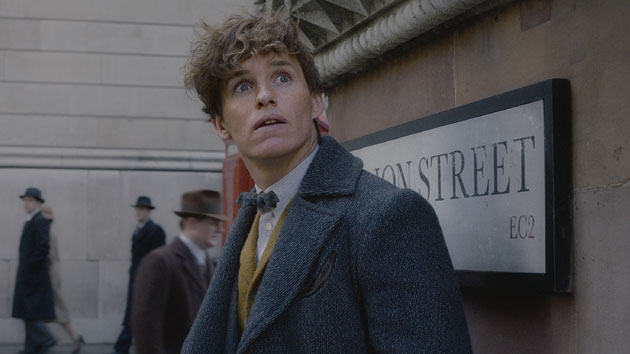 Eddie Redmayne as Newt Scamander; Courtesy of Warner Bros. Pictures(NEW YORK) — The final trailer for Fantastic Beasts: The Crimes of Grindelwald is out, and the biggest surprise is that one of the Harry Potter series' most venomous villains is, in fact, a woman.

And we mean venomous literally. Nagini, the giant deadly serpent that the evil Lord Voldemort kept as a pet in the Harry Potter movies, is revealed to be Nagini the circus performer, whom we see in the trailer transform into Nagini the snake.

Actress Claudia Kim, who plays Nagini, tells Entertainment Weekly her Crimes of Grindlewald character isn't all evil — at least, not yet. "In this, she’s a wonderful and vulnerable woman who wants to live. She wants to stay a human being," Kim says.

Of course, Harry Potter fans know Nagini will ultimately not only remain a serpent, but will serve as one of the Horcruxes that hold pieces of Voldemort's soul, and ultimately lead to his demise.

Otherwise, the Fantastic Beasts: The Crimes of Grindelwald features more tantalizing glimpses of the forthcoming film, including new footage of Jude Law as a young Professor Dumbledore and Johnny Depp as the nasty wizard Gellert Grindelwald himself.