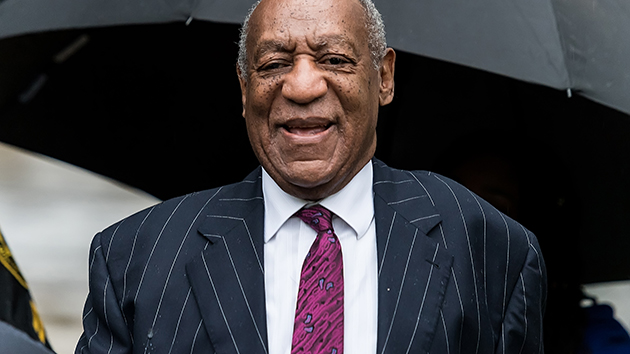 Gilbert Carrasquillo/Getty Images(NORRISTOWN,Pa.) — Bill Cosby — one of the most iconic figures in modern U.S. history, a multiplatform entertainer who revolutionized comedy in the 1960s and the television sitcom in the 1980s — will learn his fate Tuesday for drugging and molesting a woman who once saw him as a mentor.
In addition to receiving his sentence on three counts of aggravated felony assault, Cosby will learn whether the court will deem him a “sexually violent predator,” a stunning fall for the man once known as "America's Dad."
Judge Steven O'Neill is expected to sentence Cosby Tuesday morning in a Norristown, Pennsylvania, courtroom.
Cosby's lawyers pleaded with O'Neill Monday not to send the entertainer they described as an 81-year-old, infirmed blind man to prison. But Montgomery County District Attorney Kevin Steele asked O'Neill to incarcerate Cosby with a maximum sentence, arguing Monday that saying "he's too old to go to prison is a get-out-of-jail-free card."
"Nobody is above the law," Steele said.
Cosby, facing a maximum of 10 years in prison, was convicted in April of drugging and molesting Andrea Constand, a former director of operations of women's basketball at Cosby's alma mater Temple University who once considered the comedian a mentor. The assault occurred in 2004 at Cosby's suburban Philadelphia home.
Constand told O'Neill Monday she wants "justice as the court sees fit."