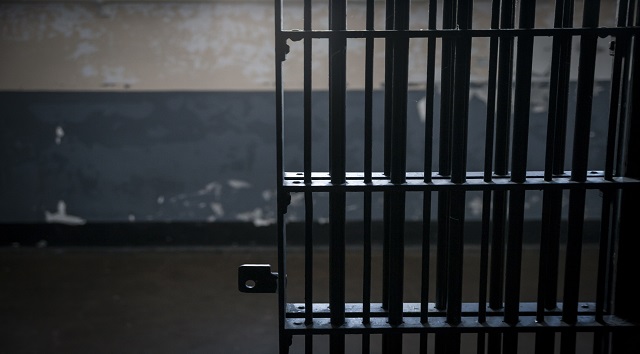 iStock/Thinkstock(MOSCOW) — Russia’s most prominent opposition leader, Alexey Navalny, was released from jail and then immediately arrested again on charges of calling for unsanctioned protests.
Navalny was met by police officers at the door of a Moscow detention center as he stepped out of jail Monday after serving a 30-day sentence for organizing an unauthorized rally.
He was immediately taken to a police station where he was again charged again with organizing an unsanctioned demonstration, his spokeswoman, Kira Yarmish wrote on Twitter.
Navalny now faces a fine and potentially another 20 days in jail, Yarmysh wrote. He is due in court later.
Navalny, 42, has become the best-known face of Russia's anti-Putin opposition and has been arrested regularly as he and his supporters have staged demonstrations protesting a lack of political freedom and alleged corruption under president Vladimir Putin.
Navalny was arrested the last time in August shortly after he called for nationwide protests against a reform to raise Russia’s pension age. He was jailed then on charges relating to a demonstration organized eight months previously in January close to Red Square.
Police at the time said it had taken them until August to charge Navalny because they had been unable to locate him, despite the fact that he had spent much of May in police custody after being detained for a different demonstration held on the eve of Putin’s inauguration for a fourth term as president.
Navalny has said the arrests are intended to disrupt his protest activity. He has spent 172 days in detention since 2011, according to his spokeswoman, Yarmysh.
Most recently, Navalny has been calling for protests against the controversial pension reform that has attracted unusual public discontent in Russia and which has taken a toll on Putin’s approval rating, which dropped from close to 80 percent in May to 67 percent in July, according to an independent polling agency, the Levada Center.
Navalny’s supporters have staged a number of relatively large anti-Kremlin demonstrations across Russia in recent years, which are usually broken up by police. He has built a grassroots following, particularly among younger Russians, in part through video investigations into the alleged ill-gotten wealth of senior officials.
Two weeks ago, one of the subjects of these investigations, the head of Russia’s National Guard, Viktor Zolotov released a video address in which he challenged Navalny to a duel and promised to make “a juicy beefsteak” of him after the activist alleged there was large-scale corruption in the organisation under Zolotov.
The Kremlin has said Navalny's protests violate a law requiring rallies to be authorized and has called Navalny a criminal.
Navalny was sentenced to a five-year suspended sentence in 2013 on fraud charges that he says are trumped up and designed to prevent him running for office. The conviction was used in 2018 to bar him from taking part in this year's presidential election.