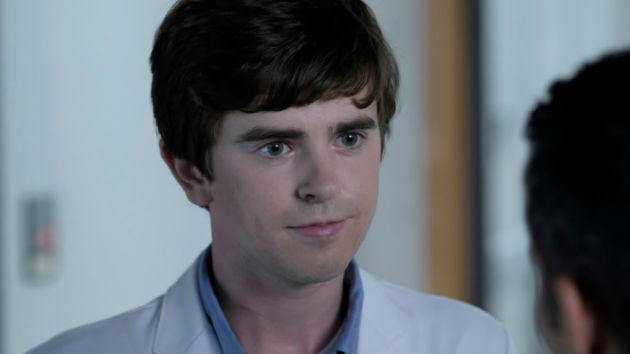 ABC/Eike Schroter(NEW YORK) — When The Good Doctor returns to ABC tonight, British actor Freddie Highmore will be pulling double duty. He not only stars as Dr. Shaun Murphy, but he wrote the season two premiere episode as well.

“Hopefully, people won't be able to tell,” Highmore tells ABC Radio. “I guess that's the thing that you hope for as a television writer is that it still feels like the show and that Shaun doesn't suddenly become someone else or start speaking in British-isms," he jokes. "But no, it was a wonderful opportunity and a huge honor to be asked to write the first one.”

The first episode picks up with Shaun, who's autistic, dealing with the aftermath of his near-fatal mistake in the OR last season, as well as the news that his mentor, Dr. Glassman — played by The West Wing veteran Richard Schiff — has a brain tumor. The episode also includes a farewell to one character and the surprise return of another.

Highmore says writing the script helped him tap into the other characters’ perspectives, not just Shaun's. Not to mention it made it much easier to memorize his lines.

“Or if the lines aren't good you have no one to complain to but yourself,” he jokes. “So yes, in that way I guess it curtails a little bit of the acting process of learning the lines and figuring what the scene is about.”

Highmore, who previously wrote and directed some episodes of Bates Motel, in which he also starred, plans to direct an episode of The Good Doctor later this season.

Season two of The Good Doctor premieres tonight at 10 p.m. ET on ABC.