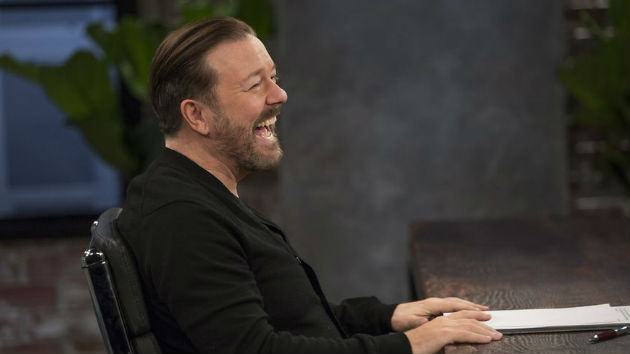 ABC/Eric Liebowitz(NEW YORK) — Ricky Gervais stopped by Good Morning America Monday to chat about his game show Child Support, his Netflix stand-up special and whether or not he’d ever host the Golden Globes again.

In Child Support, which kicks off its second season on ABC October 5, Gervais wrangles a group of kids to see if they can match the answers of adult contestants. The comedian says he loves working with children, particularly because they can be brutally honest.

But he says if he had to choose between kids, animals or celebrities at the Golden Globes, the celebrities are probably the toughest to work with. He's hosted the awards show four times and says he “might” be back to host again someday.

“I always thought stand-up was the second thing I did. You know, I write and direct TV or films or whatever,” he says. “But now after doing this tour – I did a world tour and it went on Netflix – I think stand-up’s my main thing now, because it’s such a privilege to go out there and say what you want.”