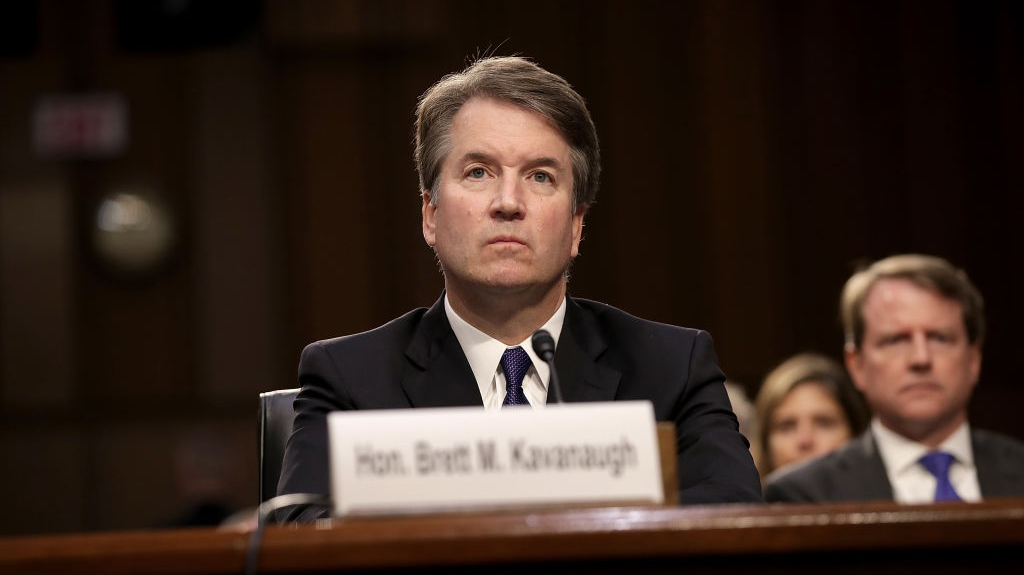 Drew Angerer/Getty Images(WASHINGTON) — A day after a second accuser's story surfaced, Supreme Court nominee Brett Kavanaugh on Monday sent a letter to the Senate Judiciary Committee saying, "I will not be intimidated into withdrawing from this process."
In the letter addressed to Republican chairman Sen. Charles Grassley and the top Democrat on the committee, Sen. Dianne Feinstein, Kavanaugh writes, "There is now a frenzy to come up with something—anything—that will block this process and a vote on my confirmation from occurring. These are smears, pure and simple. And they debase our public discourse. But they are also a threat to any man or woman who wishes to serve our country. Such grotesque and obvious character assassination—if allowed to succeed—will dissuade competent and good people of all political persuasions from service."
"I will not be intimidated into withdrawing from this process," he continues."The coordinated effort to destroy my good name will not drive me out. The vile threats of violence against my family will not drive me out. The last minute character assassination will not succeed."
Earlier Monday, President Trump offered a full-throated defense of his Supreme Court nominee in the face of the new allegations of sexual misconduct, calling the claims “totally political.”
"He is a fine man with an unblemished past and these are highly unsubstantiated statements from people represented by lawyers," the president said as he arrived at the United Nations General Assembly in New York. "Judge Kavanaugh is an outstanding person and I am with him all the way."
He continued, "For people to come out of the woodwork from 36 years ago and 30 years ago and never mention it, all of a sudden it happens, in my opinion, it's totally political. It’s totally political."
On Sunday, The New Yorker reported that a Yale classmate of Kavanaugh's claimed the nominee exposed himself to her at engaged in unwanted contact at a dormitory party 35 years ago.
Kavanaugh has denied the latest claim, saying the alleged incident "did not happen."
“The people who knew me then know that this did not happen, and have said so. This is a smear, plain and simple," he said in a statement issued by the White House Sunday night.
White House spokesperson Kerri Kupec said the accusation is part of a "coordinated smear campaign by the Democrats designed to tear down a good man." She said the White House "stands firmly behind Judge Kavanaugh."
Kavanaugh is set to testify before the Senate Judiciary Committee on Thursday following testimony from another accuser, Christine Blasey Ford, who claims Kavanaugh assaulted her during a high school party in the early 1980s.
Kavanaugh has adamantly denied the allegations leveled by Ford.
"I look forward to testifying on Thursday about the truth, and defending my good name–and the reputation for character and integrity I have spent a lifetime building–against these last-minute allegations," he said Sunday night.
A source directly involved in the White House effort to get Kavanaugh confirmed told ABC News Chief White House Correspondent Jonathan Karl that there is no backing down — that Kavanaugh will testify on Thursday regardless of whether Christine Blasey Ford testifies or Democrats boycott.
There is no consideration of a Plan B, or a replacement nominee, according to the source.
The White House wants to push for a Judiciary Committee vote as early as Thursday, immediately following Kavanaugh’s testimony, the source said.
The overall strategy, the source said, is to mount an all-out defense of Kavanaugh’s character, not to forensically attempt to disapprove what they consider unfounded allegations.
“We are not going to play Hardy Boys on this,” the source said.