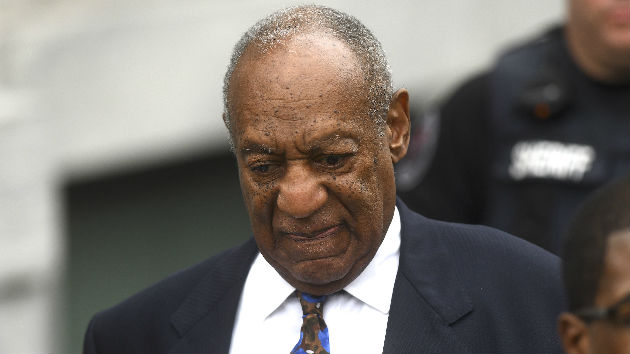 Mark Makela/Getty Images(NORRISTOWN, PA) — A sentencing hearing for Bill Cosby will continue for a second day Tuesday at the Montgomery County Court in Norristown, PA.
The hearing began Monday with the defense and prosecution presenting their arguments for sentencing, following Cosby's April conviction on three counts of aggravated indecent assault for drugging and sexually assaulting Andrea Constand in 2004.

The prosecution is asking for five-10 years of state incarceration, while the defense argued that Cosby is too old and feeble to serve prison time.

Cosby's lawyer, Joseph P. Green, argued, “Mr. Cosby is not dangerous. 81-year-old blind men who are not self-sufficient are not dangerous.”

But the Montgomery County District Attorney Kevin Steele said Cosby shouldn’t get a "get out jail free" card because he's old.

“The bottom line is nobody is above the law,” Steele argued. He added, “Committing a drugging and sexual assault comes with a hefty price. That price is your liberty.”
Constand took the stand very briefly Monday only to say that the judge had her victim impact statement and added, “All I am asking for is justice as the court sees fit.” Her mother, father and sister also read victim impact statements.
Tuesday morning there will be testimony about whether Cosby should be designated a sexually violent predator. The judge will rule on that, and announce Cosby’s sentence.