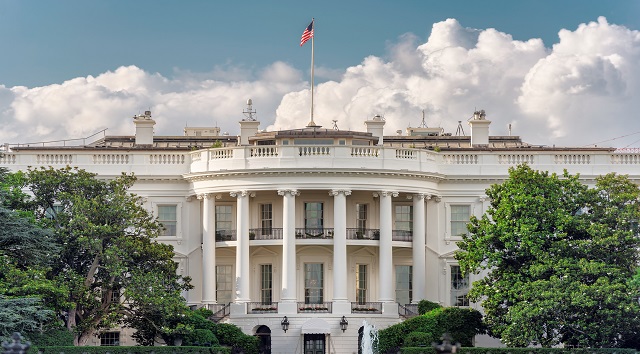 iStock/Thinkstock(WASHINGTON) — President Donald Trump, for the first time, is calling out Supreme Court nominee Brett Kavanaugh's accuser, Christine Blasey Ford, by name and is questioning her account of an alleged sexual assault by Kavanaugh 36 years ago based on the fact that she didn't report the incident at the time.
"I have no doubt that, if the attack on Dr. Ford was as bad as she says, charges would have been immediately filed with local Law Enforcement Authorities by either her or her loving parents. I ask that she bring those filings forward so that we can learn date, time, and place!" Trump said in a tweet Friday.

A Republican key to getting Kavanaugh confirmed, Maine Sen. Susan Collins, reacted sharply Friday at an event in Portland.

“I was appalled by the president’s tweet. First of all, we know that allegations of sexual assault – I’m not saying that’s what happened in this case – but we know allegations of sexual assault are one of the most unreported crimes that exist. So I thought that the president’s tweet was completely inappropriate and wrong,” Collins said.
Ford has come forward in recent days saying that Kavanaugh assaulted her while they were in high school but has told the Washington Post she didn't tell anyone about the alleged incident at the time, out of worry that she would get in trouble from her parents for being at a party where teenagers were drinking.
“My biggest fear was, do I look like someone just attacked me?” she told the Washington Post.
She told the newspaper she remembered thinking: “I’m not ever telling anyone this. This is nothing, it didn’t happen, and he didn’t rape me.”
Kavanaugh has categorically denied the accusations ever since they became public.
The Senate Judiciary Committee has been grappling with how to handle the accusations, and are currently engaged in negotiations with Ford's attorneys to set the terms under which she would be willing to testify in front of the committee by as early as next week.
The president also tweeted asking why the FBI was not called to investigate the claim when it happened decades ago.
Ford was 15 years old at the time of the alleged incident. Kavanaugh was 17. Had the incident been reported at the time, it would have been a matter for local law enforcement.
"The radical left lawyers want the FBI to get involved NOW. Why didn’t someone call the FBI 36 years ago?" Trump said.
The president also accuses Democrats of playing politics with the nomination, saying his nominee is "under assault by the radical left wing" and said the opposing party is not interested in the facts but is instead just looking to "destroy and delay" his Supreme Court nomination.
The president's morning tweets represent a break from what, up until this point, had been a more restrained approach to weighing in on the allegations against his nominee. On other matters, Trump frequently vents his frustrations on social media.
President Trump has previously defended his nominee's character and said it's hard for him to believe that he would have carried out a sexual assault as alleged, but had previously refrained from direct attacks as he said he wanted to hear from Ford and allow the process to play out.
A source close to the president tells ABC News that that Majority Leader Mitch McConnell was the force behind the president's previously restrained approach and that the majority leader had privately requested that the president stay out of the fight and let Congress do its job.
The source said that Trump had similarly maintained an “extraordinarily calm” and "measured" attitude in private.