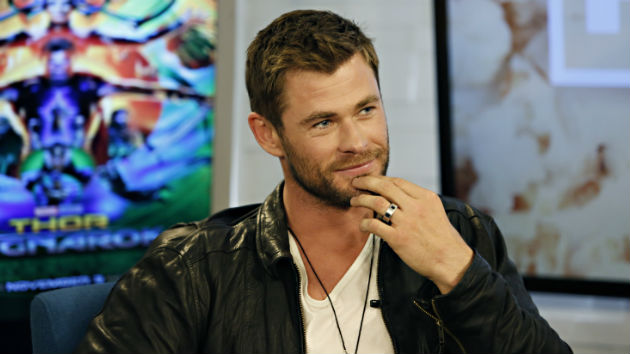 ABC/Radhika Chalasani(LONDON) — Thor: Ragnarok co-stars Chris Hemsworth and Tessa Thompson are front and center in a black-and-white, on-set social media snap that gives fans their first look at them in the as-yet-untitled reboot of the Men in Black franchise, which will be based in the U.K.

The pair can be seen on Hemsworth's Insta, wearing most of their get-ups as members of the super-secret alien enforcement agency. Despite not sporting the MiB trademark black Armani jackets, to paraphrase Will Smith's MIB character, Thompson and Hemsworth certainly "make it look good" in matching white shirts and skinny black ties.

Thompson's Insta shows the pair in the same place, with Hemsworth making a fish-lipped face to the camera.

Thor's alter-ego also posted a spinning selfie video, with the caption, "I do all my own stunts."