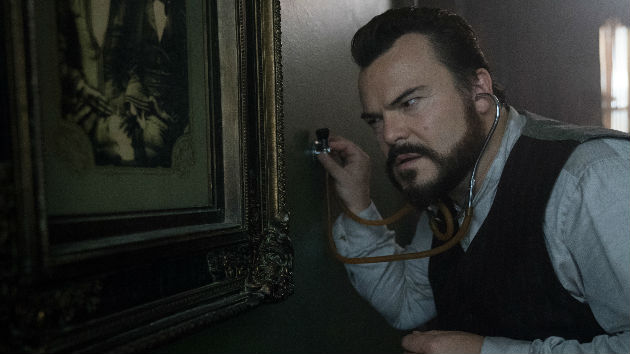 * The House with a Clock in Its Walls — This dark fantasy comedy, based on John Bellairs' 1973 novel of the same name, centers on a young orphan — played by Daddy's Home and Daddy's Home 2's Owen Vaccaro — who helps his warlock uncle — portrayed by Jack Black — search an old house for a clock with the power to bring about the end of the world. Cate Blanchett also stars. Rated PG.

* Farenheit 11/9 — This political documentary from Michael Moore, whose previous films include Bowling for Columbine and Farenheit 9/11, explores the 2016 election and subsequent presidency of Donald J. Trump, gun violence and the power of grassroots democratic movements. Rated R.

* Life Itself — Oscar Isaac, Olivia Wilde, Mandy Patinkin, Olivia Cooke, Laia Costa, Annette Bening and Antonio Banderas star in this dramedy, which follows multiple couples over many generations, all of whom are connected by a single event. Rated R.

* Colette — Keira Knightley stars in this biographical drama based on the life of French novelist Colette, whose husband convinced her to write novels under his name. Upon their success, she fought for recognition of her work, challenging gender norms. Also starring The Affair's Dominic West. Rated R.

* The Sisters Brothers — John C. Reilly and Joaquin Phoenix play the titular characters in this dark comedy western, set in 1850s Oregon, about a pair of assassins who get caught up in the California gold rush. Jake Gyllenhaal, Riz Ahmed, Rutger Hauer and Carol Kane also star. Rated R.