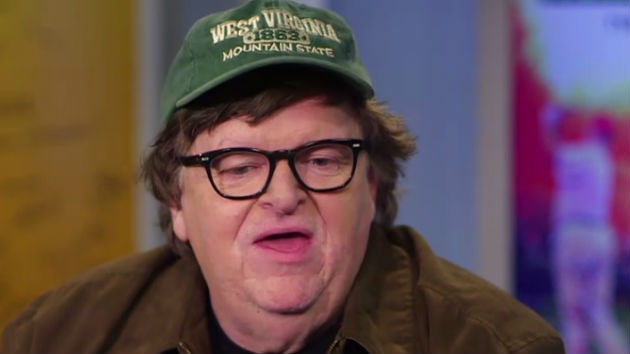 ABC(NEW YORK) — Filmmaker Michael Moore wants to tap a Hollywood legend for a White House run: Tom Hanks.
"When [people] say people don’t love Trump," Moore tells ABC's Peter Travers, "I [say] you clearly have never watched 'The Apprentice! People loved that show. [Trump] was a beloved figure! Why don't we [Democrats] run beloved figures?"
When Travers asked Moore whom he would choose as the next Democratic presidential nominee, Moore instantly had an answer.
"Tom Hanks," he said. "Who wouldn’t vote for Tom Hanks. Why not? I’ve asked him twice now to run and he won’t run."
He added, "I even offered [to] be the VP, I'll do all the work. You just show up at nice things and smile and be happy. Oprah, who wouldn't vote for Oprah? How about Michelle Obama? Who wouldn't vote for Michelle Obama? Come on, we could win if we ran somebody people wanted to vote for."
For his newest film, Fahrenheit 11/9, Moore spoke to Americans across the country about their thoughts on the Trump presidency. The date in the title refers to the day President Trump’s victory in the 2016 election was confirmed, and is play on the title of Moore's 2004 film Fahrenheit 9/11, about then-President George W. Bush, the 9/11 attacks and the second Iraq war.
Moore was one of the few who predicted Donald Trump would win the election and said Trump could even be a two-term president.
Fahrenheit 11/9 is in theaters everywhere.