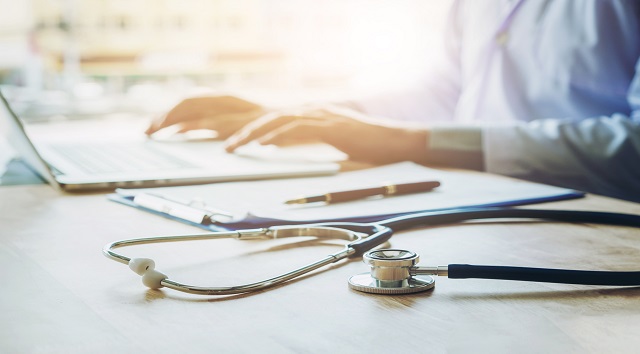 iStock/Thinkstock(LONDON) — Four adults in the United Kingdom developed breast cancer after receiving vital organs from a single donor — three of the transplants recipients died, according to a recent case report.
This case, published by the American College of Transplant Surgeons, has been labeled the first report of one donor with undetected breast cancer transmitting the disease to four organ recipients. The cancers also occurred years after the donation.
DNA analysis of tissue from each recipient identified the original donor as the primary source of cancer. However, at the time of donation, no cancer was detectable. Although the exact mechanism is unclear, this rare kind of transmission — where donor tissue leads to malignancy in a recipient — has been documented in prior graft studies.
With the exception of skin and brain cancer, known malignancy does not necessarily exclude someone from donating organs. The risk of transmitting cancer via organ donated to a recipient is low — less than 0.1 percent.
This low likelihood of transmission “implies current practices of donor screening for malignancy are effective," according to the report's authors. “In cases where transmission has been reported, the malignancy was usually not discovered before donation," the authors noted in the report.
Such transmission is extremely rare but usually involves a single recipient.
The donor, a 53-year-old female who died from complications of a brain bleed, underwent the standard tests and imaging studies used for donation. The tests did not reveal signs of malignancy, making her an ideal candidate for organ donation. In 2007, the harvested organs — a right kidney, two lungs, the liver, and a left kidney — were matched and distributed to four adults: a 32 year old man, a 42 year old woman with end-stage lung disease, a 59 year old woman with liver disease, and a 62-year-old woman with failing kidneys.
Between 16 months and six years after receiving their transplants, the recipients were diagnosed with breast cancer, one-by-one. Three of the recipients developed cancer in multiple sites of the body and eventually died. One recipient — the 32-year-old male right kidney recipient — survived only after removal of the transplanted kidney and stopping the immunosuppressant medications used for all transplant recipients. He also had chemotherapy to treat cancerous lymph nodes.
The authors offer a word of caution to potential recipients and transplant surgeons, alike.
“A complete medical examination, including a breast examination, should always be performed,” the authors said.
In cases where tumors develop, authors suggest that quick and complete removal of the transplant is necessary to prevent the rapid spread of cancer in the recipient: “[removal] should be considered in all recipients after notification of cancer transmission in a recipient from a multiorgan donor."