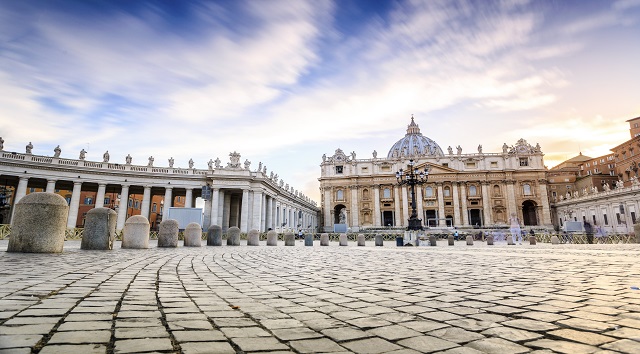 iStock/Thinkstock(ROME) — Following a troubling summer marred by clerical child abuse scandals, Pope Francis is heading eastwards to the Baltic States on his 25th trip as pontiff this Saturday. The four-day trip will take him to three Baltic States: Lithuania, Latvia and Estonia.
The papal trip is also an occasion to "pay homage to those who have suffered for their faith," Greg Burke, the Director of the Vatican press office, told reporters Wednesday.
All three countries are celebrating their original hundred-year anniversaries of independence from Russia, following World War I in 1918. During World War II, they were occupied by the Nazis and then lived under Soviet rule for almost 50 years until 1990; hard times when people were persecuted for their faith.
The countries, with historical ties to Europe and Russia, have also acquired a strategic importance after shunning Russia and joining large Western bodies such as the European Union and NATO.
Now proudly independent again and hoping for international attention with Pope Francis' visit, the states are vying to become a sought-after European tourist destination.
But although they have had similar recent history of occupations, the three states are very different in their religious fervor spanning from the deeply Catholic country of Lithuania where 80 percent of its inhabitants declare themselves Catholic, to Latvia with its 21 percent Catholic, outnumbered by Lutherans, to Estonia, a country where at least 75 percent of the population are declared atheists and the Catholic population is a small minority at just 1 percent.
Francis' visit will take him to Vilnius and Kaunas in Lithuania, Riga and Aglona in Latvia and Tallinn in Estonia.
However, the pope will return to Lithuania’s capital Villnius each night to stay at the residence of the Pope’s representative in the country.
His packed schedule is filled with masses, visits to charitable services, Marian shrines, meetings with officials and two meetings, which promise to be lively, with representatives of all Christian religions present in the country.
During his trip, the Pope will visit places commemorating the countries’ fight for freedom, including a stop to pray on Sunday September 23 –- the 75th anniversary of the destruction of the Vilnius ghetto by the Nazis — at a memorial dedicated to the victims. During Nazi occupation, the approximately 40,000 Jews in the city were mostly taken in groups to the woods outside the city and shot.
In Vilnius, the pope is also scheduled to visit two cells and recite a prayer in the execution room at the Museum of Occupations and Freedom Fights. The museum is a former massive KGB building where people, including Lutheran and Catholic priests, were imprisoned and tortured during the Soviet era.
Pope Francis has never been to these areas, but he is the second pope to visit them. The Polish Pope, St. John Paul II, visited a quarter of a century ago, two years after the states had regained independence.
Vilnius’ Archibishop, Gintaras Linas Grušas, told Vatican News that there was enormous expectation in the country for the Pope’s visit.