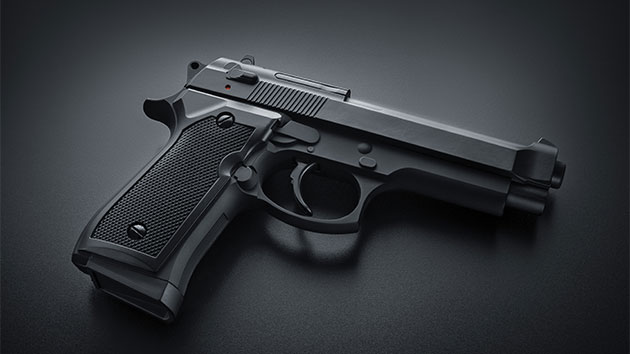 iStock/Thinkstock(NEW YORK) — The owner of a controversial company that makes 3D-printed gun blueprints has reportedly been arrested in Taiwan after being accused in Texas of sexually assaulting a 16-year-old and then paying her $500.

The U.S. Marshals Service is aware of suspect Cody Wilson's arrest, the agency said in a statement Friday. "We are fully engaged with our international partners on this matter," according to the statement.

Staffers at the Zhongzheng Second police precinct in Taipei, Taiwan, where the media outlet Taiwan News reported the apprehension, were familiar with the case but could not confirm any arrest because of the late hour there, they told ABC News.

Authorities had issued an arrest warrant for Wilson, 30, on Wednesday in connection with the alleged sexual assault of a minor.

The alleged victim, an unnamed 16-year-old girl from Central Texas, told a counselor she'd had sex with Wilson Aug. 15, 2018, in an Austin hotel before he paid her $500, according to the arrest warrant affidavit filed Wednesday in Travis County District Court.

Wilson's last-known location was Taipei, Taiwan, according to Austin police. He missed a scheduled flight back to the United States after leaving the country before police could interview him, Texas authorities said at a news conference Wednesday.

"We don't know why he went to Taiwan but we do know before he left, he was informed by a friend of the victim that she had spoken to police and police were investigating him," Austin police Cmdr. Troy Officer said Wednesday, adding that he didn’t know when Wilson left the United States.

Austin police Friday directed ABC News to the U.S. Marshals Service, which has assumed the lead in the investigation.

In the arrest warrant affidavit, Austin police said they received a call from a counselor Aug. 22 who reported that a client, a girl under the age of 17, had reported having sex with a 30-year-old man a week before.

On Aug. 27, police were present when staff from the Center for Child Protection interviewed the alleged victim. The girl said that she’d met the man on SugarDaddyMeet.com and that he’d used the screen name “Sanjuro,” according to police.

A search of the girl’s cellphone uncovered messages to SugarDaddyMeet.com as well as links to messages from Sanjuro, according to police. And, in one message, Sanjuro identified himself as Cody Wilson, police said.

Wilson and the girl met at a coffee shop Aug. 15 and left together in a black Ford Edge, police said. They said the vehicle was similar to a 2015 black Ford Edge registered with Wilson’s business, Defense Distributed.

Police said they reviewed hotel surveillance footage “showing the victim and Wilson exiting an elevator onto the seventh floor. … Hotel records showed that Wilson was the lone registered guest for room 718 on that date.”

Wilson sexually assaulted her and then “retrieved five $100.00 bills from a bag on the floor” and gave her the money, the alleged victim told police, according to the affidavit.

Video showed the two leaving the hotel, the affidavit alleged. He later dropped her off at a Whataburger restaurant, she told authorities.

Detectives have spoken with the victim, Officer said at the news conference, and "in their opinion, if someone mistakes her age, it would be because they think she’s younger, not older, than the 16-year-old that she is.”

ABC News' attempts to reach Wilson have been unsuccessful.

Wilson could face up to 20 years in prison if convicted, according to ABC Austin affiliate KVUE-TV.

Wilson is a self-described "crypto-anarchist" at the center of a fierce legal battle over whether Americans should be able to print guns that would be unregulated and untraceable.

In 2013, he successfully fired a bullet from the world’s first 3D-printed handgun and posted its design online. The video got nearly half a million views and the design was downloaded nearly 100,000 times. The link was later terminated by law enforcement officials.

Years of litigation followed, leading to a settlement in July allowing Wilson to re-release the gun’s downloadable blueprints.

Over the summer, however, a federal judge temporarily stopped him from putting gun blueprints online and in August, a federal judge in Seattle extended the injunction, after a coalition of states and the District of Columbia said making plastic weapons available would create a public safety issue.

Later that month, Wilson said he'd started selling the plans for producing plastic firearms using 3-D printers despite an injunction blocking it because of concerns about public safety.