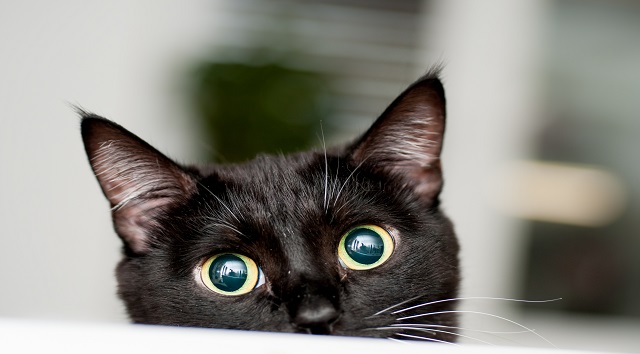 iStock/Thinkstock(LONDON) — The mystery behind the killing and mutilation of more than 400 cats in London has been solved after a three-year investigation.
The identity of the so-called "Croydon cat killer," named after a section of London, was thought by some to be a white male in his 40s but it turns out the culprits are cars and foxes, the Metropolitan Police found.
“Following a thorough examination of the available evidence, officers working alongside experts have concluded that hundreds of reported cat mutilations in Croydon and elsewhere were not carried out by a human and are likely to be the result of predation or scavenging by wildlife on cats killed in vehicle collisions,” police said.
The investigation into the cat killings was launched in September 2015 when Ukiyo, a 4-year-old ragdoll cross, was found mutilated on a Croydon resident’s doorstep, according to The Independent. The death was linked to similar incidents by media outlets, who believed a “Croydon cat ripper” may have been responsible.
The killer was thought to be a white male in his 40s who used a blunt object to kill the cats before leaving the corpses on display in public places, according to an animal rights charity, Snarl, The Guardian reports. The killer was subsequently dubbed the “M25 cat killer,” after similar cases emerged from around the country.
The lead detective in the investigation even told the BBC in 2017 that the police suspected a motive. "Cats are targeted because they are associated with the feminine – the killer can't deal with a woman or women who are troubling him," said Det. Sgt. Andy Collin. "It's quite possible other people have got on the bandwagon – copycats if you like."
But now, after 25 postmortem examinations were carried out on feline victims, no evidence of human involvement has been found. Instead, police concluded that the cause of death was blunt trauma associated with vehicle collisions, and the mutilations were done by foxes after the vehicle collisions.
Some animal rights activists remain skeptical of the police findings. Snarl, which helped arrange the postmortem tests, suggests in a Facebook post that the pattern of cat mutilations doesn’t fit with the official explanation.
“The cats who have been decapitated have had their heads removed in exactly the same manner and place each time. We find it difficult to understand how foxes can replicate this perfectly across a range of victims across a vast geographical area,” they said on Facebook. “We have taken a collective decision this afternoon to continue with the investigation.”

A year of COVID-19: What was going on in the US in March 2020
15 bricks of heroin/fentanyl found in Jefferson County drug bust
‘This has been a huge mental toll’: Working moms still struggle a year into the pandemic
VCU fraternity under investigation after death of freshman student
Victoria’s Secret plans to close up to 50 more stores this year
Funding behind ‘Stop the Steal’ movement shrouded in mystery