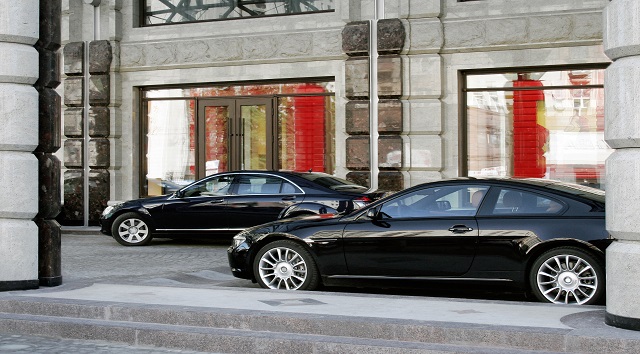 iStock/Thinkstock(LONDON) — More than 100 Uber Eats couriers blocked roads in London on Thursday to protest what they said is a significant cut in pay by the company.

The couriers, riding scooters and motorcycles, chanted "no money, no food" as they shut down traffic outside Uber Eats's London headquarters for the second day in a row.

The protesters said they were striking in response to the company's announced changes to minimum delivery rates that would affect couriers' pay, according to The Guardian.

“They don’t have access to sick pay, holiday pay and other benefits. They depend on their salary for everything and so the fact they have a pay cut is more problematic for them,” said Henry Chango Lopez, president of the Independent Workers Union of Great Britain, who said he attended the protest to show solidarity, told ABC News.

Uber Eats said in a statement that it changed its payment structure to increase earnings during busy times and that it was setting minimum, hourly-payment guarantees during the transition to the new system.

“In response to feedback from couriers we’ve made some changes to our payment structure in London, which brings it into line with other cities," the company said. "The changes will help increase earnings during busy mealtimes and, as we transition to the new system, we’re introducing minimum payment guarantees of £9-11 an hour."

The couriers' protest comes as Bloomberg reports that Uber is in talks to acquire Deliveroo, a food delivery service in Europe and one of Uber Eats’s bigger competitors in the region.

Earlier this summer, a group of 50 Deliveroo couriers, represented by the Independent Workers Union, won a six-figure payout after the company denied workers minimum wage and holiday pay because they were considered to be self-employed.

“There is no reason for these cuts other than to make more profits for the company and exploit the workers more than they already exploit them” said Lopez.