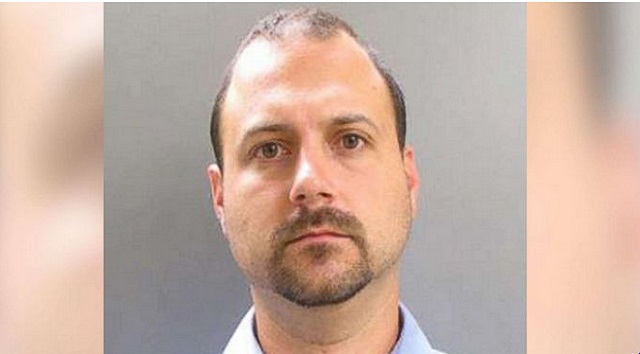 Salem New Hampshire Police Department(SALEM, N. H.) — A father who was captured on video allegedly using his toddler to steal toys and prizes out of a claw machine at a New Hampshire mall is now facing several charges.
Anthony Helinski turned himself into police Wednesday after a warrant was issued for his arrest. Helinski was subsequently charged with criminal theft, trespassing and child endangerment, according to police.
The 34-year-old, who is a middle school teacher employed by Andover Public Schools, has since been placed on administrative leave, ABC News affiliate WCVB-TV reported.
"One of our teachers at the Doherty Middle School was involved in an incident in Salem, New Hampshire last week," a spokeswoman for Andover Public Schools said in a statement released to WCVB-TV. "Andover Public Schools is fully cooperating with authorities."
Witnesses observed the crime at the Mall at Rockingham Park on Friday and recorded video as Helinski helped his daughter climb through the bottom slot of the KeyMaster game, according to WCVB-TV.
The video shows Helinski’s daughter grabbing items from the game and handing them to her father.
Police sought the public's help to identify Helinski by circulating the video online in a Facebook post.
Helinski has since been released on bail and is scheduled to make a court appearance on Oct. 29 in Salem, Massachusetts.
Copyright © 2018, ABC Radio. All rights reserved.