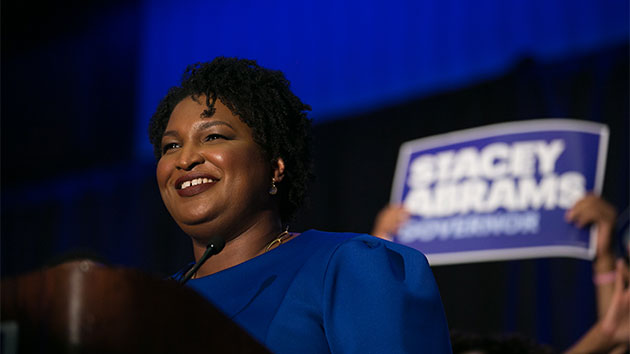 Abrams' has been thrust into the national spotlight for galvanizing Democrats' hopes of a victory in a southern conservative stronghold. She handily defeated her opponent in the primary, scoring more than 75 percent of the vote statewide and capturing all but six of Georgia's 159 counties, including rural areas across the state where Democrats have struggled to make inroads in their ongoing effort to turn Georgia blue.

Due to her primary victory, Georgia voters will find a black woman on their ballot for governor for the first time in the state's history. Abrams would be the first black woman to be elected governor in the country's history if she is elected.

The former vice president for Barack Obama is planning to have an active fall season on the campaign trail leading up to the midterms.

An aide to Biden told ABC News earlier this month that Biden plans to focus on areas where Democrats can pick up vulnerable red seats or hold on to key seats that they already occupy. Just this month he's campaigned for midterm elections in Michigan, New Jersey and Pennsylvania.