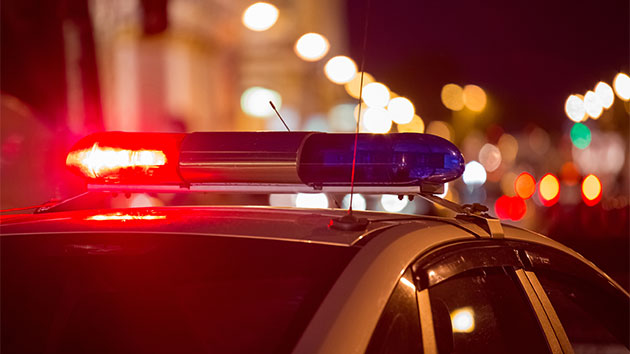 "He's gonna kill me if I don't get away from him today," she wrote to Stacey Morris in a desperate text conversation on July 8.

That was the last time Morris heard from Vandewiele, who had moved from Wisconsin to Colorado with a man named Joseph Mayer less than a month before that conversation.

A few weeks later, on July 23, after messaging another friend that she was sleeping at a railway station, Vandewiele mysteriously went out of touch from everyone in her life.

Mayer was arrested in Colorado on Aug. 19 for starting a fire in a creek and that was when police realized he was listed on a national database as a dangerous fugitive wanted by authorities in Wisconsin on drug and burglary charges, Capt. Joe Harvey of the Golden Police Department told ABC News.

Mayer was extradited to Wisconsin, where Dunn County Sheriff Dennis Smith confirmed he is currently incarcerated on outstanding warrants.

Family and friends of Vandewiele, frantic with worry, are passing out flyers, setting up pages on social media and traveling across states to meet police in a concerted effort to find the 40-year-old.

"It's killing me that I don't know where she is," Mandi Schmidt, her sister, told ABC News. "She always kept in contact with somebody. It's not like her to not let her kids know where she is. We just really miss her."

Vandewiele's personal belongings were found in a hotel in Denver and her ID and social security card were found on a bus, Schmidt said. In Vandewiele's last text conversation with the other friend, Shane Cook, she told him she had been sleeping in Union Station in Denver for five days by herself, and sent him a picture of herself at the station.

"I am in Denver Colorado and need to get the f— away from this stupid woman beating a—— and go home," she told him.