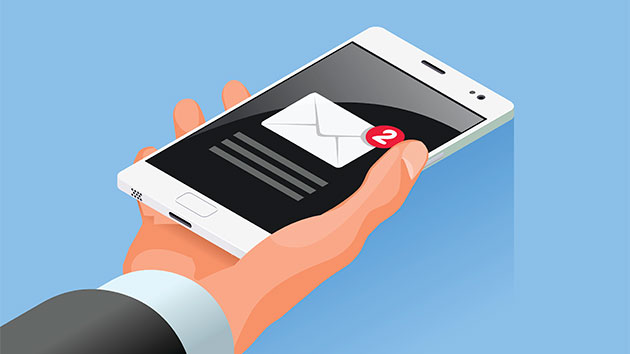 iStock/Thinkstock(WASHINGTON) — The federal government is set to conduct the first-ever test of a nationwide system to send emergency alerts to almost all cellphones in the country on October 3.

The "Presidential Alert" system uses the same wireless alerts smartphone users receive on AMBER alerts or severe weather warnings but allows the president, or another authorized official, to send simultaneous warnings to almost every smartphone in the country at the same time.

FEMA officials said that, unlike AMBER alerts or weather warnings that are sent to people in a specific area, the "Presidential Alert" would be triggered if the president, or another authorized official, decides there is "public peril" that merits a national notification. The president or his designee would notify the FEMA operations center to activate the system, and not physically set off the alert.

The "presidential level" message, officials say, could be used to alert the nation if there were a risk of an imminent attack or multiple terrorist attacks.

"If there was public peril and the president or his designee determined the public needed to be notified about these events, then that would be a trigger," a FEMA official told reporters.

FEMA officials said if the nationwide alert is ever used to notify Americans of an emergency, it would be followed by instructions from state and local governments on what action residents should take.

The wireless alert will go out to most cell phone carriers at 2:18 p.m. EDT, followed by alerts to the broadcast emergency alert system at 2:20 p.m. on October 3. Wireless alerts will use the same special loud tone and vibration as other emergency alerts at will read "Presidential Alert: This is a test of the National Wireless Emergency Alert System. No action is needed."

The Department of Homeland Security won't be tracking the performance of the alert but an official said they would ask DHS and FEMA employees to report when they receive it. FEMA expects at least 75 percent of phones to receive the alert. FEMA's website says that smartphone users cannot opt-out of nationwide Presidential messages, even if they can opt-out of AMBER alerts or other alert messages.

The test was originally scheduled for Sept. 20 but was postponed due to the ongoing response to Hurricane Florence.

The federal government has to test its national alert system every three years. The test in October will be the first time the nationwide emergency alert test includes the Wireless Emergency Alert system that automatically sends alerts to cell phones.

Restaurants and bars now included in $3 trillion federal aid proposal
Presidential debate live updates: Trump vs. Biden and what you need to know ahead of first matchup
Tennessee Titans players, personnel test positive for COVID-19
FAA administrator set to pilot 737 Max on Wednesday
Presidential debate: Trump, Biden face off for first time ahead of November’s election
Trump and Biden to face off in 1st 2020 presidential debate