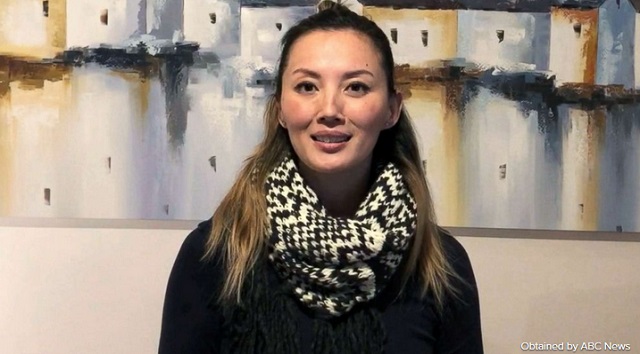 Obtained By ABC News
Posted on September 21, 2018 by ABC News

Obtained By ABC News(SEOUL, South Korea) — Justin Kragt was just 2 years old when he was found alone, crying outside a theater in Seoul, South Korea.
A mile away in Seoul and some time later, a 4-year-old girl was found alone at a market.
Inside her pocket, police found a note saying that she had no parents and to take her to the nearest police station.
It was 1984.
Both children were eventually adopted separately — and unknowingly — by families in the U.S.
"We actually found Justin in a magazine with this cute, little cherub of a face," his adopted mother, Sue Maguire, told The Oregonian.
Kragt grew up mostly in Salem, Oregon, with four siblings.
But little did he know that the little girl abandoned near him — his older sister Renee Alanko — was being raised in Northern California, in Pleasanton, with her family, attending pool parties and becoming a cheerleader.
The two siblings, now in their 30s, recently reunited, after learning of each other's existence, thanks to DNA tests with 23andMe.
Kragt had done a DNA test in 2014 to find some distant relatives and was successful. Alanko took the test this summer. The news of a match — a sibling match — was a huge surprise to them both.
Alanko said she thought she had a brother but was too young to really remember. Kragt said he never knew he had a sibling at all.
Last week, Kragt and his Maguire family were present when Alanko stepped off the plane in Oregon. The two had spoken to each other but it was the first time they were meeting face-to-face.
The moment was full of hugs and happy tears.
"I knew about him all this time," Alanko told The Oregonian. "I just never thought I'd ever meet him. … This is really amazing."
She told ABC News Thursday that her life had been forever changed.
"I had gone my entire life thinking that I did not or would not know anybody biologically related to me and now that I do. … Knowing that Justin is just a phone call or a text or an email away or short flight away, it has really changed the way that I see myself in the world," she said.
"My heart absolutely melted," Kragt told ABC News Thursday about seeing his sister for the first time. "I'm so happy. It's something that I'm going to treasure the rest of my life."
"I always thought I was alone in the world and I was content with that," he said at the time of their reunion.
"Now you're stuck with me!" she said.

South facing flood warning and severe storm threat
Stormy weather pattern on the way for the West and the South
South Dakota attorney general faces call to resign over fatal crash as impeachment proceedings begin
As COVID-19 turns more children into orphans, siblings step up to fill the void
Family farm brings calves into the kitchen with South hit by record cold
Major winter blast coming to an end as milder temperatures move into South