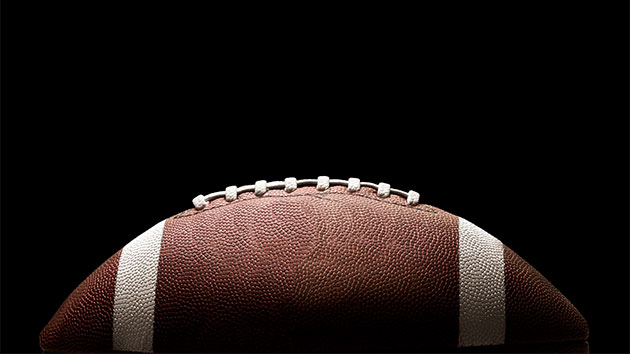 iStock/Thinkstock(NEW YORK) — Brophy College Prep's freshman running back No. 45 is a star.

Last week, during a freshman game, Adonis Watt, 14, scored not one, but two touchdowns for the Brophy Prep Broncos in Phoenix helping them win against Mesa Mountain View.

But there's more to his star power — Watt is blind due to a rare condition of congenital glaucoma but he said that didn't stop him at all.

"Eyesight is just really overrated," he said Friday. "You don't really need it to do whatever you want. … (I just) try my hardest and just give it all and leave it all on the field."

"You know, scoring those touchdowns felt like a big weight was off my shoulders. (It) felt like all the hard work, all the dedication, all the conditioning, all the waking up early in the morning finally just paid off," he told ABC News. "I'm just glad I did it."

It was Watt's second game but during the first game, against Gilbert Highland in August, the defense had let him score.

This time, though, he scored on plays that he'd practiced with his team over and over again — with no help from the other team.

"It was very exciting to finally just get in the end zone (and) know what it felt like to score for your team," he said Friday. "It was, in many ways, very indescribable. … I just did my job and just powered it in."

Off the field and in the hallways of his school, Watt gets help from his classmates. His teammates said he was the glue that kept them together.

On Friday, he shared with ABC News about how he overcame struggles. He said his biggest dream was going to the NFL.