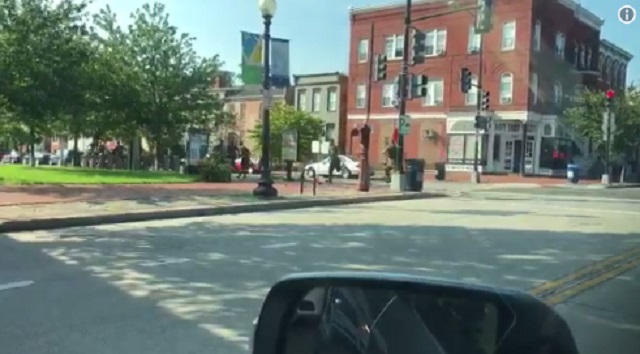 Twitter/@lmedsker(WASHINGTON) — Dozens of senior citizens were saved from a raging apartment fire thanks to Washington D.C. firefighters and several U.S. Marines, eyewitness video showed.
The Marines, who weren't wearing fire gear, sprinted toward the two-alarm fire at the Arthur Capper Senior Public Housing building in Washington on Wednesday.
"Marines rushed into the building to rescue those who needed assistance and evacuated residents to the Marine Barracks Washington Annex where they were checked and treated for any injuries and sheltered until their loved ones arrived," according to a statement from the Marines posted on Facebook.
The Marines who responded were from a barracks located just down the street from the inflamed building.
Flames burst through the roof of the four-story building as firefighters climbed ladders and entered to search for residents, D.C. Fire Chief Milton Douglas said at a press conference.
"We had four transports to local hospitals," Douglas added.
Although no fatalities have been reported, searches were still being conducted in the building.
The cause of the fire, Douglas added, remains under investigation.
Copyright © 2018, ABC Radio. All rights reserved.