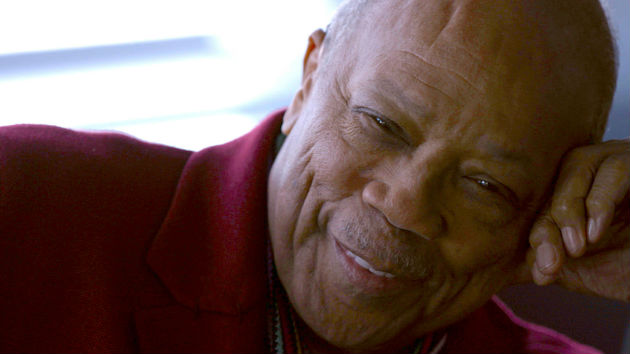 Netflix(WASHINGTON D.C.) — The National Museum of African American History and Culture is teaming up with Netflix for its first film festival in October.

The festival, titled The Smithsonian African American Film Festival, will take place from October 24 through 27 and will screen Netflix's upcoming documentary, Quincy.

The film, which premiered at the Toronto International Film Festival earlier this month, follows the life and career of music producer Quincy Jones. The doc is directed by Alan Hicks and Jones’ daughter, actress Rashida Jones.

According to the DCist, Quincy Jones will also appear at a panel following the screening, scheduled for Friday, October 26. Quincy debuts on Netflix this Friday.

“The museum is pleased to collaborate with Netflix in order to explore important moments in the history of America through the African American lens,” said Lonnie G. Bunch III, founding director of the museum, in a statement. “We are pleased this original production by Netflix is a film that honors Quincy Jones whose creativity and commitment to racial justice are an example of the best of America.”

Submissions for the film festival are currently being accepted; the full slate of films will be announced later this month. Passes for the entire festival are now available with $10 tickets for individual screenings to go on sale in October.