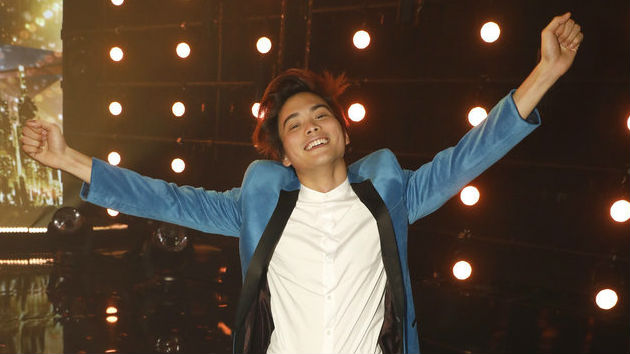 Lim walked away with the $1 million grand prize and a headlining spot at the America’s Got Talent Live show at Paris Las Vegas from November 2-4. He'll be joined by the other finalists.

Bebe Rexha performed a medley of her hits "I'm a Mess" and "Meant to Be," joined on the latter by top 10 finalist Glennis Grace.

Courtney Hadwin, the shy County Durham, England native who transforms into a powerhouse vocalist teamed up with the UK rock band Strut on their hit, "It Could Have Been Me," before soloing on Janis Joplin's "Piece of My Heart."

Ketterer was shocked to get a video message from Garth Brooks, who wrote a song especially for him titled, "The Courage to Love," and video chatted with Ketterer to offer words of encouragement.

KISS opened the show with their classic "Detroit Rock City," and announced their upcoming End of the Road farewell Tour.

America's Got Talent will return for its 14th season in 2019 on NBC.