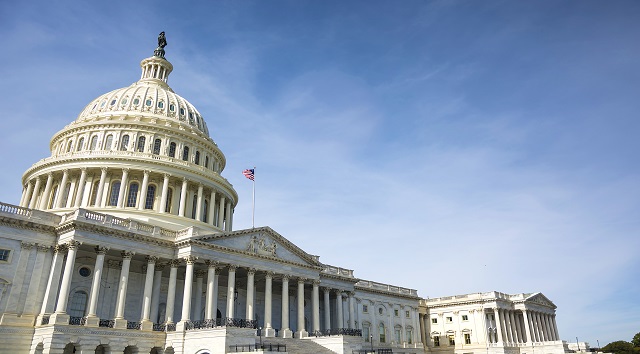 iStock/Thinkstock(WASHINGTON) — Google has been alerting U.S. senators and aides in the past year of hacking attempts by foreign governments targeting their personal email accounts.
Sen. Ron Wyden, D-Ore., sent a letter to Senate leaders Wednesday noting the attacks and warning that Senate security staff have declined to help.
"My office has also discovered that at least one major technology company has informed a number of Senators and Senate staff members that their personal email accounts were targeted by foreign government hackers," Wyden wrote in the letter.
Google is the technology giant that has provided the warnings, the company confirmed to ABC News, declining to comment further.
The warnings have come over the course of the past year, according to a Senate aide.
The pace and frequency of the phishing attempts are unclear, as is their specific origin.
Russian-government hackers successfully pilfered information in 2016 from the Democratic National Committee, Hillary Clinton campaign chairman John Podesta and the Democratic Congressional Campaign Committee via phishing attempts, according to U.S. intelligence agencies and an indictment of Russian nationals by special counsel Robert Mueller.
The emails often contain malicious links or ask for passwords and login information that are then stolen.
The stolen information was later used in an information campaign designed to damage Clinton and help elect President Donald Trump, intelligence officials concluded publicly.
Ongoing foreign hacking attempts on U.S. targets are not new –intelligence officials have alluded to them and U.S. government computers have been targeted in traditional hacking attempts over the past decade — but Wyden's letter and Google's confirmation add a few details to the picture of foreign political interference: that personal email accounts continue to be targeted in phishing campaigns, seemingly designed to steal sensitive or personal information; that lawmakers themselves have been targeted; and that Google has been warning them as the attempts have unfolded.
Google provides warnings when foreign-government hackers target personal accounts.
"In order to secure some of the details of our detection, we often send a batch of warnings to groups of at-risk users at the same time, and not necessarily in real-time,” Google said in a 2017 blog post.
“Additionally, we never indicate which government-backed attackers we think are responsible for the attempts; different users may be targeted by different attackers.”
Tech firms have taken a more active role in combating foreign political influence, as Facebook and Microsoft each revealed foreign-interference attempts in August. Several campaigns have reported attempted hacks this election cycle but, by and large, campaigns and parties have appeared reluctant to share details on specific threats.
Wyden wrote that the office of the Senate Sergeant at Arms, the chief security officer for the U.S. Senate, had declined to offer assistance, as the targeted accounts were personal ones, not official Senate email accounts and not within the office's taxpayer-funded mandate to protect official U.S. government accounts.
"The November election grows even closer, Russia continues its attacks on our democracy, and the Senate simply does not have the luxury of further delays," Wyden wrote, adding that he is introducing legislation to address the issue.
Copyright © 2018, ABC Radio. All rights reserved.