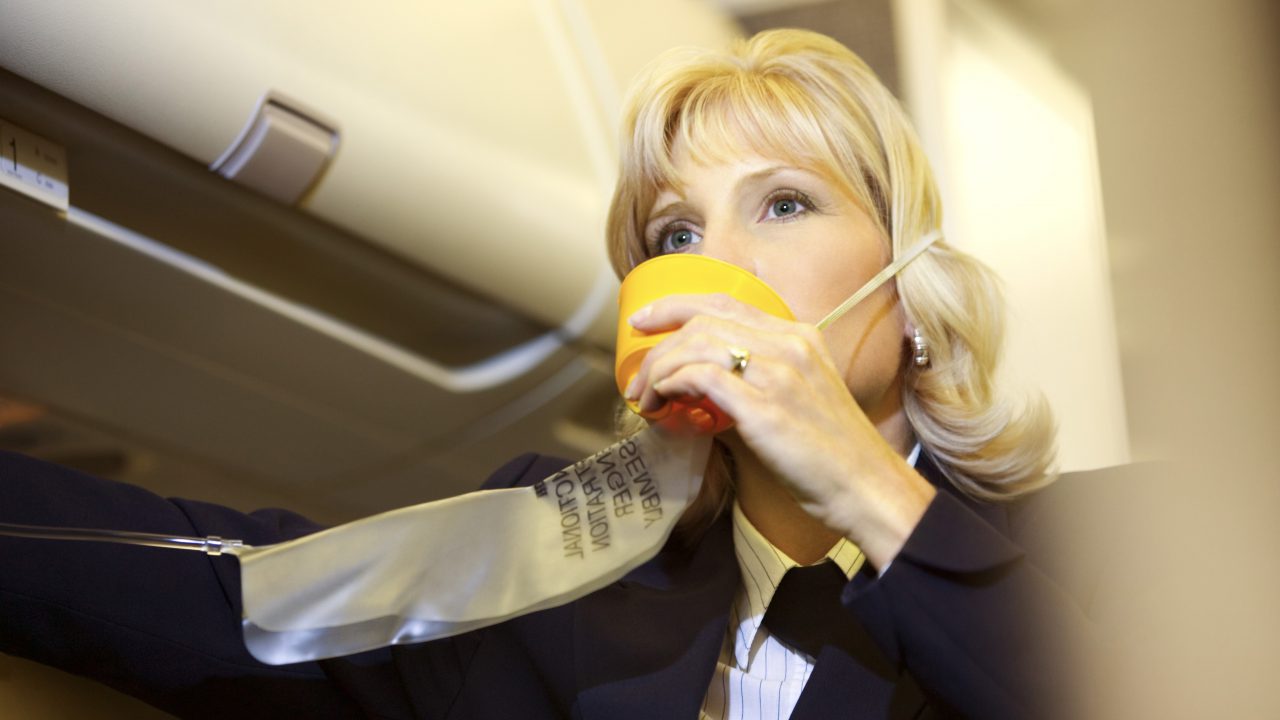 Stockbyte/Thinkstock(LONDON) — Dozens of passengers on a Jet Airways flight from Mumbai to Jaipur were injured after their plane lost cabin pressure on Thursday.
People onboard Jet Airways flight 9W 697 posted photos and videos of the incident on Twitter, in which the passengers can be seen wearing oxygen masks.
The flight made an emergency landing back in Mumbai 45 minutes after it departed.
Thirty–six passengers suffered from nose and ear bleed injuries, as well as headaches after the pilots failed to switch on the plane’s cabin pressure, Lalit Gupta, deputy director general at India’s Directorate General of Civil Aviation told The Hindustan Times.
In a statement posted to its Facebook page, Jet Airways confirmed that 5 passengers were taken to a hospital for medical attention after the plane landed, but did not confirm what caused the injuries. The company said that the passengers have since been released from medical care.
During flights, cabin pressure is used to balance the loss of oxygen that naturally occurs when a plane reaches high altitudes. When that pressure is not stabilized, lack of oxygen can cause headaches, nosebleeds, shortness of breath, swelling of the brain, fluid in the lungs and even spontaneous lung collapse.
Jet Airways did not immediately respond to a request for further comment from ABC News.
The accident comes only months after two Jet Airways pilots were grounded for getting into an altercation mid-air on a flight from London to Mumbai. The airline has said it is cooperating with authorities to investigate the incident.