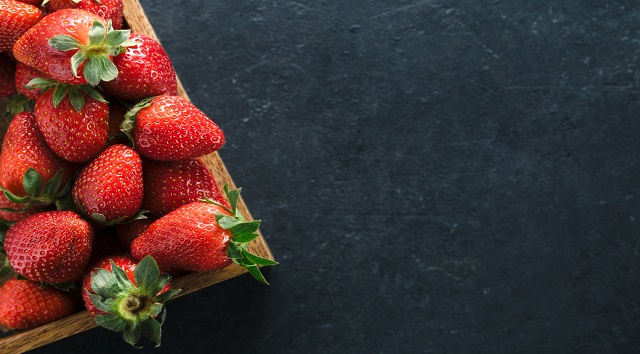 iStock/Thinkstock(SYDNEY) — A major Australian supermarket chain is temporarily pulling sewing needles from its shelves as authorities continue to investigate cases of needles being put in fruit.
Woolworths, which has close to 1,000 locations across the country, announced on Thursday that it will temporarily stop selling needles.
"We’ve taken the precautionary step of temporarily removing sewing needles from sale in our stores," a Woolworths spokesperson confirmed to ABC News via email on Thursday. "The safety of our customers is our top priority."
Since people first reported finding sewing needles in strawberries last week, over 100 cases of fruit contamination have been reported in Australia, some of them likely "hoaxes" or "copycat events," officials said in a press conference Wednesday.
Andrew Colvin, the commissioner of the Australian Federal Police, also warned people that copycats or people perpetrating hoaxes would also be prosecuted.
"On that point, let me say this and let me be very clear: if there's anyone out there that thinks that this is in any way amusing or appropriate to walk into a supermarket anywhere in this country and place a foreign object into a piece of fruit, or they think that it's any way appropriate or amusing to take a photo of fruit that they may already have and to place an object in it and put it onto Twitter or put in onto Facebook and to spread it around and to contact health authorities, then they are seriously deluded and are potentially committing very serious criminal offences," Colvin said during Wednesday's press conference.
"Apart from distracting police from the real task that we have here, this is creating a lot of concern in the public and it needs to stop," Colvin added.
Earlier this week, a young boy was arrested for putting sewing needles inside strawberries in New South Wales, Australia. The boy, whose name has not been disclosed because of his age, confessed to putting the sewing needles in strawberries as a prank and is not believed to be the culprit behind other fruit contaminations in the region, New South Wales police authorities told ABC News.
The boy is the first person to be arrested since people reported finding sewing needles inside strawberries across Queensland, New South Wales, Tasmania and South Australia last week.
On Wednesday, Australia’s Prime Minister Scott Morrison said in a press statement that the current maximum penalty for food contamination offenses will be increased from a 10 years to 15 years.
"For the most serious cases that have national security implications, we will amend the Commonwealth sabotage offences," Morrison said in the statement.
The penalties for such cases will range from 7 to 25 years in prison, he added.