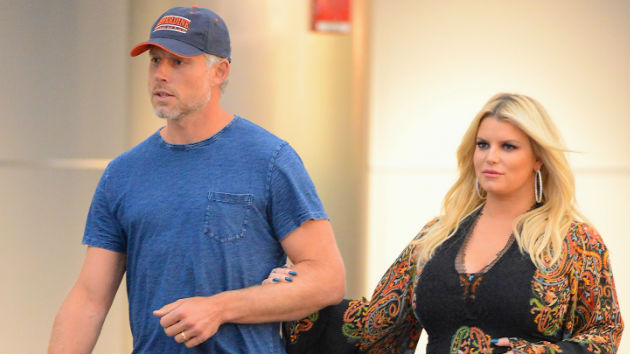 Photo by Robert Kamau/GC Images(LOS ANGELES) — Jessica Simpson and her husband Eric Johnson are expecting baby number three, and it's another girl.

Simpson made the announcement and gender reveal in a series of Instagram snaps featuring the couple's two children, six-year-old daughter Drew and five-year-old son Ace.

"SURPRISE…" the fashion mogul captioned the first — a shot of Drew and Ace holding up a set of giant-sized balloons.

A second post revealed the contents of the balloons — a bunch of smaller pink ones. "This little baby girl will make us a family of five. We couldn't be happier to announce this precious blessing of life," read the caption.

A third post featured featured Jessica showing off her baby bump, with the caption, "My baby love."

Simpson and Johnson, a former professional football player, tied the knot in 2014.