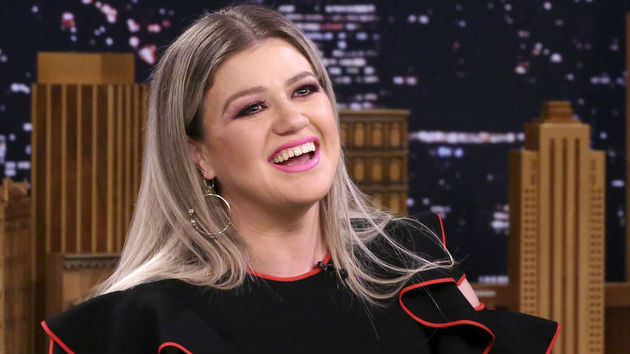 The show, which will come on before The Ellen DeGeneres Show, will debut in fall 2019 and will air on select NBC-owned stations across the country.

It’s described as “a weekday brunch party with a fascinating guest list of people who would otherwise never meet.” Each episode will include human interest stories, celebrity guests, good music and fun surprises.

“I love connecting with people, playing games, music and finding ways to help or give back to communities/organizations,” Kelly says in a statement. “Having my own talk show where I get to do all of these things is pretty much a dream job!”

Before launching the new talk show, Kelly will defend her title as The Voice season 14 winner when the singing competition kicks off its new season September 24 on NBC.

Kelly will also launch the Meaning of Life tour — her first trek in three years — January 24 in Oakland, CA.

FDA authorizes J&J vaccine, giving US a 3rd option to fight COVID-19 virus. Here’s what’s next.
‘A hidden figure no longer’: NASA officially names DC headquarters after Mary W. Jackson
Joe and Anthony Russo on casting Tom Holland in ‘Cherry’, and their new film vs. directing a Marvel movie
What is COVAX? How a global initiative is helping get COVID-19 vaccines to poorer countries
Asian man stabbed in back in Chinatown, suspect charged with attempted murder as a hate crime
Walton Goggins on playing against type as a grieving dad, in CBS’ hit ‘The Unicorn’