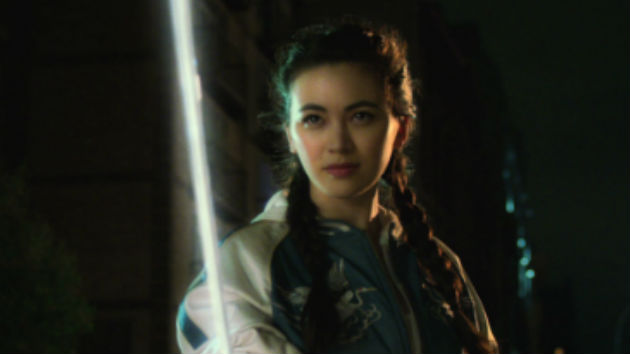 Netflix(NEW YORK) — Actress Jessica Henwick has been in major productions like HBO's Emmy winning Game of Thrones, and can be currently seen as swordswoman Colleen Wing in her sophomore season of Marvel's Iron Fist on Netflix. She's also found that her small part in another huge franchise has grown — and she wants back in.

Henwick played plucky Resistance X-Wing pilot Jessika "Testor" Pava in J.J. Abrams' Star Wars: The Force Awakens but although she survived, Jess wasn't seen in the follow-up The Last Jedi. However, her character grew while Henwick was off screen, taking starring roles in the Marvel comic Star Wars: Poe Dameron and the novel Star Wars: Weapon of a Jedi.

With 2019's Star Wars: Episode IX underway, Henwick tells ABC Radio she's ready to jump back in the cockpit. "I really, really want to be on the last one but I haven't had the call yet! I don't know what's happening! J.J., come on!"

Henwick recalls, "I feel really lucky that I've been able to be a part of so many massive deals, and Star Wars was just a dream come true," she smiles. "It was probably the most fun I've ever had on a set. Everyone that was there was so happy to be there."

Henwick adds, "I'm glad that the character lives on in the comic books. Occasionally I'll go an I'll backlog like three editions and I'll go buy them be like, 'What's Jess Pava doing?' She's so cool. I hope that I get to play her again one day."

We suggested that Pava could always appear in the upcoming animated series Star Wars: Resistance, to which Henwick enthused, "She better be there!"