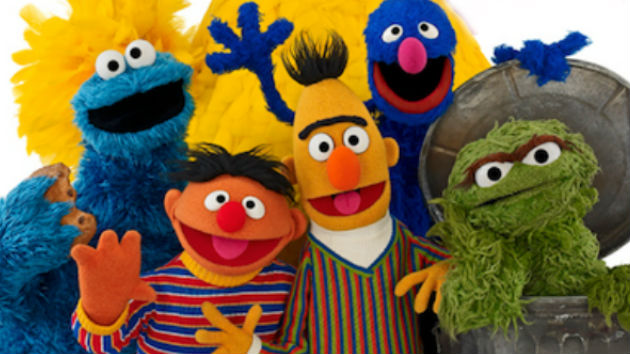 Courtesy of Sesame Workshop
Posted on September 19, 2018 by ABC News

Courtesy of Sesame Workshop(NEW YORK) — Following an interview given by a former Sesame Street writer who said he wrote the beloved characters Bert and Ernie as if they were gay, the show has said otherwise.

Sesame Workshop on Tuesday tweeted, "Sesame Street has always stood for inclusion and acceptance. It's a place where people of all cultures and backgrounds are welcome. Bert and Ernie were created to be best friends, and to teach young children that people can get along with those who are very different from themselves."

The tweet was an update to an earlier post that added, "Even though they are identified as male characters and possess many human traits and characteristics…they remain puppets, and do not have a sexual orientation."

The response from the show comes two days after Mark Saltzman, who is openly gay, spoke to Queerty about his own coming-out story, and the iconic duo came up. Saltzman was a writer on the show from 1985 to 1998.

"I always felt that without a huge agenda, when I was writing Bert and Ernie, they were. I didn't have any other way to contextualize them,” he said. “The other thing was, more than one person referred to Arnie [Glassman, his partner of 20 years before he died in 2003] and I as 'Bert and Ernie.'"

Saltzman admitted he never told the head writer he was writing the characters this way, adding, "There's not a Bert and Ernie float in the Pride Parade."

For his part, puppeteering legend Frank Oz took to Twitter to deny the claim, noting to one argumentative follower, "I created Bert. I know what and who he is."

It didn't take long for people to start flaming Oz, accusing him of being anti-gay. Oz was outraged by that reaction, and later tweeted, "It seems Mr. Mark Saltzman was asked if Bert & Ernie are gay. It's fine that he feels they are. They're not, of course. But why that question? Does it really matter? Why the need to define people as only gay? There's much more to a human being than just straightness or gayness."

He soon walked away from Twitter, thanking fans, and adding rhetorically, "Next time I would be very interested to know: If Bert and Ernie were indeed gay, would they be different than they are now?"

Incidentally, a 2013 New Yorker cover suggested the muppet pair were gay, and the show released a similar statement at the time, once again saying puppets don't have a sexual orientation.