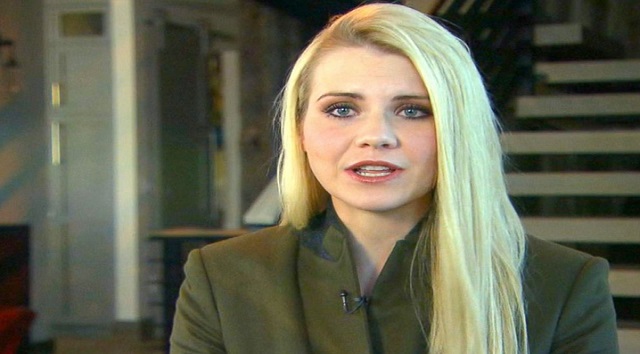 ABC News(DRAPER, Utah) — Wanda Barzee, one of Elizabeth Smart's former captors, has been released from prison, much to Smart's surprise and disappointment.
Barzee was released from the Draper Prison in Draper, Utah, Wednesday morning, Utah Department of Corrections spokeswoman Kaitlin Felsted said.
She will have 72 hours to report to U.S. Probation and Pretrial Services, according to department spokesman Eric Anderson. She will be on a supervised release for five years.
Barzee's release comes after the Utah Board of Pardons and Parole said it had miscalculated the time Barzee, 72, was supposed to serve in prison, The Associated Press reported.
Smart was 14 when she was kidnapped in 2002 from her Salt Lake City home and held as a prisoner by Barzee and her husband Brian David Mitchell. She was rescued in 2003.
Smart, 30, said in a news conference last week that Barzee saw her as a slave, and called her a "handmaiden." She added that Barzee not only assisted in her abduction but would sit next to — and encourage — Mitchell as he raped her.
"She did appalling things while I was in captivity," Smart said. "I know the depth of her depravity."
Smart was shocked to find out that her captor would be released from prison so soon, saying last week, "I would urge the powers that be and anyone who works under them to really strongly reconsider this situation, to look at all the facts, look at her mental status, and see if they really and honestly truly feel that she is no longer a threat."
Barzee, who pleaded guilty to kidnapping Smart, was previously scheduled to be released in 2024, and the Utah Board of Pardons and Parole denied her an early parole at a hearing in June.
But Barzee was convicted on both state and federal charges, and her attorney, Scott Williams, argued that time she had already served in federal prison must be credited toward her state conviction, according to the Salt Lake City Tribune. The board agreed and moved up her release date last week.
"The Board has heard concerns and requests to reconsider releasing Wanda Barzee," the Utah Board of Pardons and Parole said in a statement last week. "This is not an early release or a discretionary release. On September 19, Ms. Barzee will have spent 15 years in custody, which is the maximum amount of time allowed by her state conviction and sentence. Ms. Barzee cannot legally be held in the Utah State prison beyond the length of her sentence."
Mitchell, meanwhile, is serving a life sentence, according to the Salt Lake Tribune.