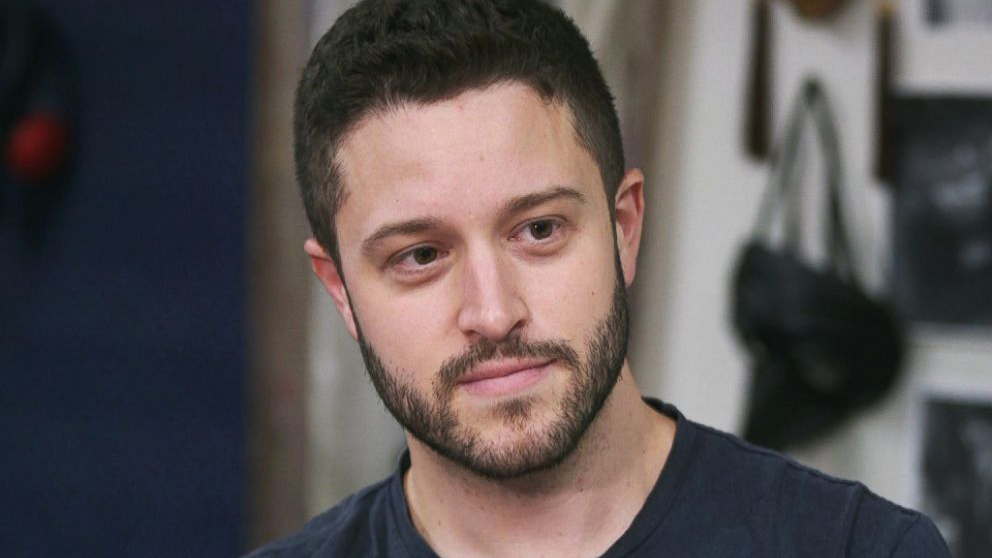 ABC News(NEW YORK) — An arrest warrant has been issued for the founder of a controversial 3D-printed gun company in connection to the alleged sexual assault of a minor, according to Texas authorities.
Suspect Cody Wilson, 30, owns Defense Distributed, which sells blueprints for producing plastic firearms using 3D printers.
The alleged victim, an unnamed 16-year-old girl from Central Texas, according to Austin police, told a counselor she’d had sex with Wilson Aug. 15, 2018, in an Austin hotel before he paid her $500, according to the arrest warrant affidavit filed Wednesday in Travis County District Court.
Austin police said they received a call from the counselor Aug. 22 who reported that a client, a girl under the age of 17, told her she’d had sex with a 30-year-old man a week before.
Police said they were present Aug. 27 when staff from the Center for Child Protection interviewed the alleged victim. The girl said she’d met the man on SugarDaddyMeet.com and that he’d used the screen name “Sanjuro,” according to police.
She said the two exchanged phone numbers and talked via iMessage, police said.
A search of the girl’s cellphone uncovered messages to SugarDaddyMeet.com as well as links to messages from Sanjuro, according to police. And, in one message, Sanjuro identified himself as Cody Wilson, police said.
“Victim said that ‘Sanjuro’ described himself to the victim as a ‘big deal,’” according to the affidavit.
Wilson’s Texas driver’s license picture also matched the “Sanjuro” profile image on SugarDaddyMeet.com, police said.
Wilson and the girl met at a coffee shop Aug. 15 and left together in a black Ford Edge, police said. They said the vehicle was similar to a 2015 black Ford Edge registered with Wilson’s business, Defense Distributed.
Later, valet surveillance video from a hotel recorded Wilson and the girl’s getting out of the car, according to police.
Police said they reviewed hotel surveillance footage “showing the victim and Wilson exiting an elevator onto the seventh floor. … Hotel records showed that Wilson was the lone registered guest for room 718 on that date.”
Wilson sexually assaulted her and then “retrieved five $100.00 bills from a bag on the floor” and gave her the money, the girl told police, according to the affidavit.
Video showed Wilson and her leaving the hotel, the affidavit alleged. He later dropped her off at a Whataburger restaurant, she told authorities.
ABC News' attempts to reach Wilson were unsuccessful.
Wilson is not in custody and his last known location was Taipei, Taiwan, according to Austin police. He missed a scheduled flight back to the U.S. and had left the country before police could interview him, authorities said Wednesday during a news conference.
Austin police said they were working with national and international authorities to locate him.
"We don't know why he went to Taiwan but we do know before he left, he was informed by a friend of the victim that she had spoken to police and police were investigating him," Cmdr. Troy Officer said.
Officer said he was not sure of Wilson's exact return date but the time had passed.
Detectives have spoken with the victim, Officer said, and "in their opinion, if someone mistakes her age, it would be because they think she’s younger, not older, than the 16 year old that she is.”
Police are still investigating, Officer said. Wilson could face up to 20 years in prison if convicted, according to ABC Austin affiliate KVUE-TV.
Wilson is a self-described "crypto-anarchist" at the center of a fierce legal battle over whether Americans should be able to print guns that would be unregulated and untraceable.
After Wilson in 2013 successfully fired a bullet from the world’s first 3D-printed handgun and posted its design online, the video got nearly half a million views, and the design was downloaded nearly 100,000 times. After a few days, the link was terminated by law enforcement officials.
Years of litigation followed, leading to a settlement in July allowing Wilson to re-release the gun’s downloadable blueprints, giving anyone with access to a 3D printer the ability to create their own so-called “ghost guns” – unregulated unregistered and untraceable firearms.
Over the summer, a federal judge temporarily stopped him from putting gun blueprints online and in August, a federal judge in Seattle extended the injunction, after a coalition of states and the District of Columbia said making plastic weapons available would create a public safety issue.
Later that month, Wilson said he'd started selling the plans for producing plastic firearms using 3-D printers despite an injunction blocking it because of concerns about public safety.