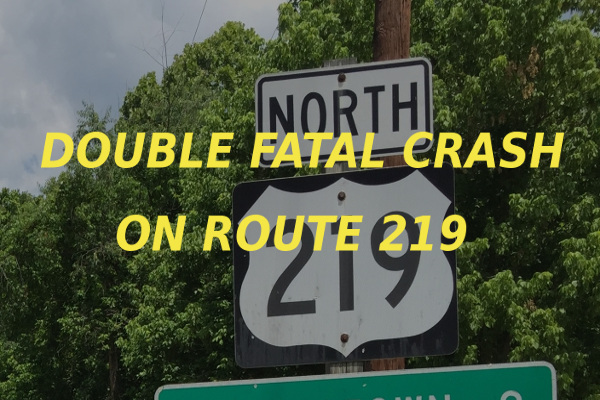 Washington Township, PA – Two local men, one of whom was a police officer, have died from their injuries after a crash yesterday afternoon.

The crash took the lives of 32-year-old Corey Williams of Reynoldsville and 33-year-old Patrick Straub of Kersey, who had been a Sandy Township police officer.

Both men had been the drivers in a crash along Route 219, between Falls Creek and Brockway, just after 7 p.m.

Williams was driving his Jeep Cherokee when he lost control and struck the Toyota 4 Runner driven by Straub. The passengers in Straub’s vehicle, his 34-year-old wife and 3-year-old daughter, were taken to Penn Highlands Hospital for minor injuries. Williams and Straub died at the scene of the crash.

Straub had been a 5-year veteran of the Sandy Township Police and had previously worked for the DuBois City Police. He was off-duty at the time of the crash.

Officer Straub will be making his final patrol from Punxsutawney to Saint Mary’s on Tuesday, Sept. 18.

There will be a procession along Liberty Blvd and the B-Line Highway. The procession should be coming through around 5 or 6 pm. Anyone wishing to pay respects is asked line the streets in a show of support and admiration. 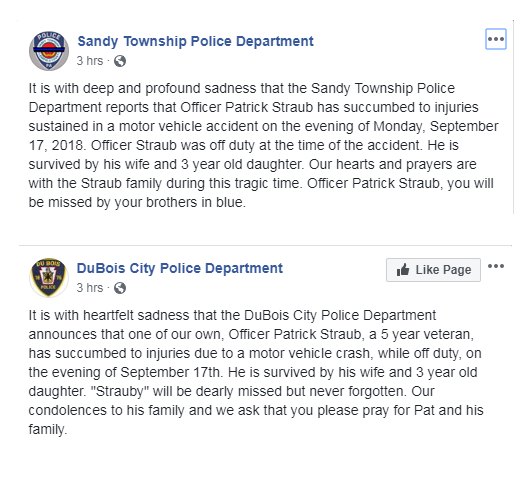