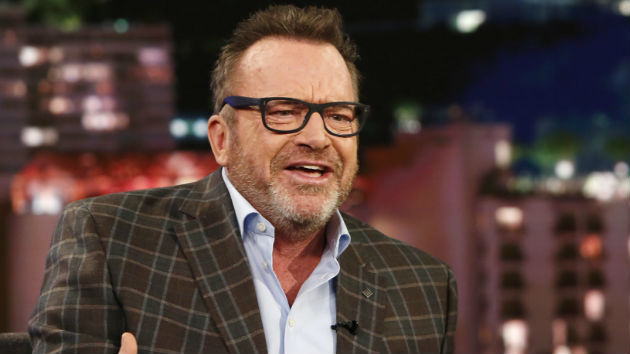 At a pre-Emmys party, Arnold claims, he scuffled with the producer, who also created hits like Shark Tank and Survivor.

"Mark Burnett just went apes*** & choked me at this huge Emmy party then he ran away with his torn Pink shirt & missing gold chain," Arnold tweeted, adding, "I'm waiting for the LAPD."

However, Burnett's wife, actress Roma Downey, tweeted out a picture of a bruise she reportedly suffered as a result of what she called Arnold's "ambush."

She posted, "Tom Arnold tried to ambush my husband Mark and me at a charity event. Is your TV show worth it. Tom please stop."

Arnold literally called B.S. on her claims, and added, "You lie your crazy husband attacked me you psycho. I’m filing police report & suing you for defamation."

The Hunt for the Trump tapes is scheduled to debut Tuesday on Vice, which has some witnesses wondering if the scuffle was a stunt to promote the show — especially because both stars reportedly attended the event as planned after the alleged scuffle.

Burnett has maintained that no such controversial tapes of Trump exist, but claims he can't release the unedited footage of the show for legal reasons.