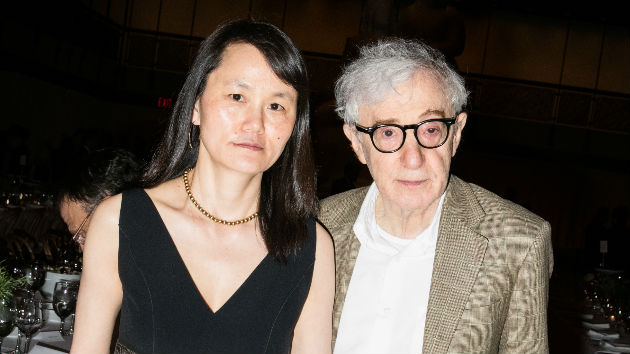 Photo by Rebecca Smeyne/Getty Images(NEW YORK) — Soon-Yi Previn, the wife of Woody Allen, is speaking out in defense of the filmmaker in response to sexual assault claims lodged against him by his adoptive daughter Dylan Farrow and ex-partner Mia Farrow, and that she suffered years of abuse at the hands of her mother.

In an article published in New York Magazine's website, Vulture, Previn — the adopted daughter of Farrow and Andre Previn — says she was "never interested in writing a Mommie Dearest, getting even with Mia — none of that," explaining that "what's happened to Woody is so upsetting, so unjust.

Previn accuses Mia of "taking advantage of the #MeToo movement and parading Dylan as a victim."

Dylan denies the accusations in a statement to Vulture, calling implications she was manipulated by her mom Mia "offensive."

"This only serves to revictimize me. Thanks to my mother, I grew up in a wonderful home," adds Dylan.

Daphne Merkin, who wrote the Vulture story acknowledges that she's been "friends with Allen for over four decades."

Dylan's brother Ronan, also issued a statement, obtained by The Hollywood Reporter, in response to the story, praising Mia as "a devoted mom who went through hell for her family all while creating a loving home for us." He accuses Woody of "planting stories that attack and vilify my mother to deflect from my sister’s credible allegation of abuse."

"As a brother and a son," he continues, "I’m angry that New York Magazine would participate in this kind of a hit job, written by a longtime admirer and friend of Woody Allen’s."

Dylan also tweeted a lengthy statement, lashing out at the magazine.

"The idea of letting a friend of an alleged predator write a one-sided piece attacking the credibility of his victim is disgusting.

A rep for the magazine defended the article in a statement obtained by THR, noting, "Daphne Merkin’s relationship to Woody Allen is disclosed and is a part of the story, as is Soon-Yi’s reason for speaking out now. I would add that Daphne approached Soon-Yi about doing this piece, not vice-versa. We reached out to both Mia and Dylan Farrow for comment; Dylan chose to speak through her representative. The story is transparent about being told from Soon-Yi’s point of view."

Allen has long denied the allegations of sexual abuse, which were first leveled in 1993.

Soon-Yi also alleges in the Vulture story that her mother abused her as a child, claiming, among other things, that Mia became impatient with her while trying to teach her the alphabet to the point of throwing wooden blocks "at me or down on the floor."

Added Previn, "Who can learn under that pressure?"