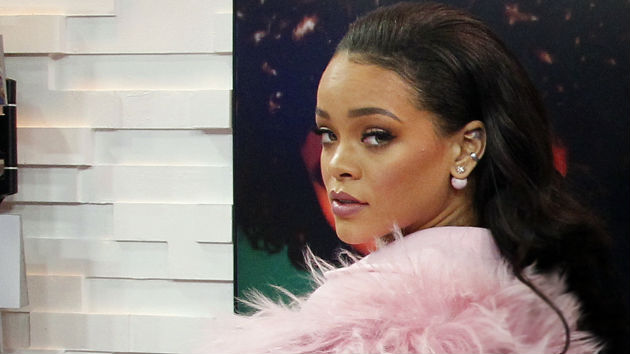 ABC(LONDON) — One week after raising nearly $6 million for her Clara Lionel Foundation, which assists young people around the world, Rihanna is expressing her commitment to global education.

“We must fight for the quarter of a billion young people still denied an education by conflict, poverty, sexism and bad policy,” the recording artist and actress writes in an op-ed piece for The Guardian.

“Education can be stolen from you in a second,” the singer from Barbados continues. “As we’ve seen recently on an unprecedented scale, the Caribbean gets hit by natural disasters that wipe out schools, leaving thousands of children stranded.”

But the singer and actress is determined to make sure youth aren't denied opportunities to go to school.

“The lack of access to education for children around the world is a massive problem, but that does not mean we should throw up our hands in despair and surrender,” she says. “Instead, we need to take on as much of the challenge as we can manage to set an example and see the difference. This is what has driven me to prioritize global education in my philanthropy and advocacy work. The notion that millions of children are desperate to go to school and are not given the opportunity is something I cannot accept.”

Rihanna explained the mission of her Clara Lionel Foundation in 2012, and how she was inspired by her trip last year to the African nation of Malawi.

“We fund programs that remove barriers to education by offering financial support to children and their communities," she says. "And following our time in Malawi, I am proud to say we are supporting thousands of girls there to move through secondary school.”

Rihanna concluded her op-ed, “If we can overcome the education deficit in the developing world, everybody wins.”

Trailblazing beauty inventions and innovations made possible by people of color
Texan files $1 billion class-action lawsuit after receiving $9,000 electric bill
“I didn’t have a problem with the way we were doing it” — ‘Simpsons’ creator Matt Groening responds to racial casting flap
People with antibodies after COVID-19 may have short-term virus protection: Study
Jonathan Van Ness urges HIV+ people to look up their COVID vaccine eligibility
Pulse oximeters, used to fight COVID-19, may be inaccurate on people of color: FDA