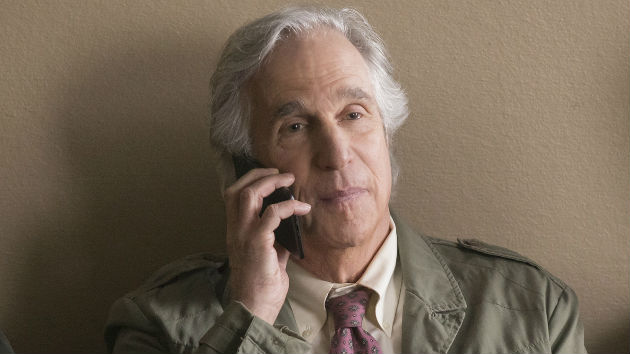 On the podium, an emotional Winkler joked that he'd waited decades to read his acceptance speech, and noted that someone once told him, "If you stay at the table long enough, the chips come to you. And tonight, I got to clear the table!"

While it's taken him this long to get Emmy recognition, the actor told ABC Radio he's grateful to have a career that has exposed him to multiple generations of viewers, which means in daily life, he gets recognized by just about everyone.

"What is amazing is that, depending on the age [of the fan], there is the Happy Days crowd, there's the Scream [fans]," he explains. "There's The Waterboy, there is Arrested Development, Parks and Rec., and now Barry. And then of course, children know me as an author…of the children's books."

Winkler, who has dyslexia, is a tireless awareness campaigner for the learning disability. Part of his advocacy comes in the form of his bestselling kids books. He's penned nearly 30, most of which are part of the comical Hank Zipzer series. They center on an inspiring lead character who has learning challenges, but is always unflappable, whether facing down school bullies or math problems.

Last night, Winkler's old Happy Days co-star Ron Howard saluted his friend's victory, tweeting a photo of them together and message, "My friend’s win is so deserved and great! Bravo @hwinkler4real."