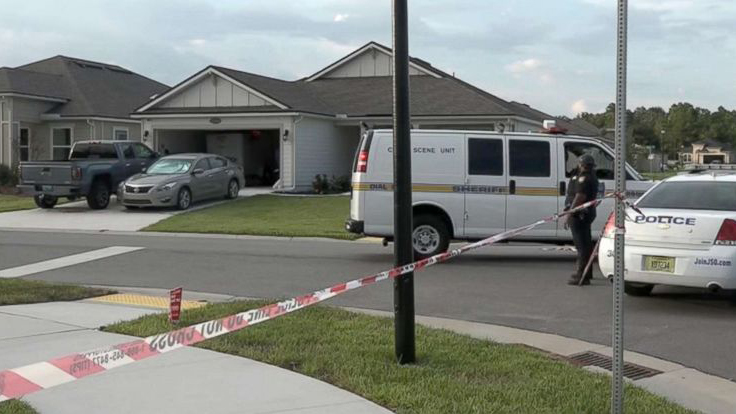 WJXX-TV(JACKSONVILLE, Fla.) — A 37-year-old Navy Chief Petty Officer in Florida was found dead on Monday — the same day she was to appear at a court hearing for an order of protection she sought against a man she claimed kicked her in the stomach and pulled a gun on her, authorities said.
Andrea Washington's body was found just after midnight on Monday in her Jacksonville home, according to the Jacksonville Sheriff's Office, which is investigating the incident as a homicide.
Washington was assigned to the Navy's USS Hue City, a guided-missile cruiser with its home base in Mayport, west of Jacksonville, authorities said.
On Friday, Washington was promoted to chief petty officer, Phantom McClendon, a friend and Navy colleague of the woman, told ABC affiliate WJXX-TV in Jacksonville.
"Right when she got pinned [a chief petty officer], I told her congratulations and 'I'm proud of you,'" he said.
McClendon said he still has the bottle of cognac he bought for Washington as a gift.
"I knew she liked Hennessey, so I went and bought her the biggest and best bottle," he said, so they could "have a couple of drinks together just to celebrate."
The sheriff's office has released only a few details about the suspected homicide. They have yet to say how Washington was killed or if they have suspects in custody.
According to WJXX-TV, Washington was granted an order of protection on Sept. 4 against a man who lived with her and a hearing on the order was scheduled to occur on Monday.
Washington wrote in her request for the order of protection that her roommate had attacked her after she asked if he was going to help pay household bills. She also wrote that the roommate had pushed her to the floor, kicked her in the stomach and pulled a gun on her, according to a copy of the restraining order obtained by WJXX-TV, and the man kicked holes in her bedroom and closet door, took her vehicle and mailbox keys and destroyed her iPad.
Sheriff's officials have not said if the roommate is a suspect in the homicide.
In a heavily redacted incident report released Tuesday, sheriff's officials wrote that the homicide is not related to domestic violence.
A sign left on Washington's front lawn said First Coast Crime Stoppers is offering up to a $3,000 reward for information related to the case.
"She loved her boys. Her sons were her life," McClendon told WJXX-TV. "Her heart was made of gold. She was the type of person that she would give you her last dollar and the shirt off her back if you needed it. And that's just how she was."