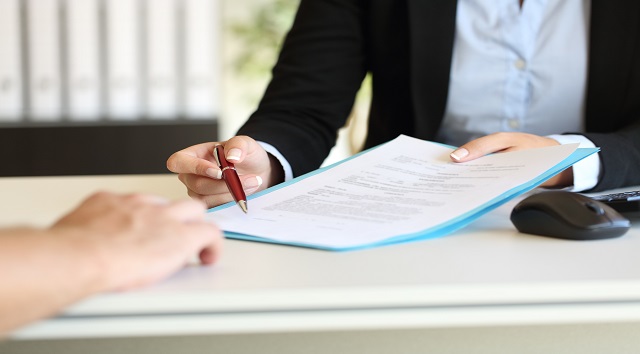 iStock/Thinkstock(WASHINGTON) — Here's what you need to about FISA warrants, some of the most closely held secrets in the U.S. government.
What is FISA
FISA, which stands for Foreign Intelligence Surveillance Act, is the law that governs how the U.S. government can collect foreign intelligence using its considerable surveillance capabilities.
To conduct foreign intelligence surveillance, the FBI must submit a FISA warrant to the Foreign Intelligence Surveillance Court (FISC) and obtain approval. The FISC is made up of 11 federal judges who work on a rotating basis in a secure area of the Justice Department and can authorize applications for these secret surveillance warrants.
How does the process work?
The FISA process differs from ordinary criminal wiretap warrants in that the underlying reason for the surveillance does not have to involve a criminal violation. For a FISA warrant to be approved, the FISC must find there is probable cause that the subject of the surveillance is an agent of a foreign power.
What happened with the FBI FISA application?
In October of 2016, the FBI did just that with regards to Carter Page, an energy consultant and former foreign policy adviser to the Trump presidential campaign. In a partially declassified FISA application, the FBI stated it believed Page was “an agent of a foreign power” and “the subject of targeted recruitment by the Russian Government.”
FISA warrants have limitations and expire after 90 days unless they are renewal. A new FISA application must be submitted to the FISC for approval for every renewal.
At the urging of Republicans in Congress, President Trump authorized the declassification of the Carter Page FISA application and its three subsequent renewals.
A redacted version of those applications, numbering more than 400 pages, was released last July.
What happens now?
Now that President Trump has ordered the declassification of other previously redacted parts of the Carter Page FISA application, what happens now?
According to sources familiar with the process, the intelligence community will conduct an equities review. That means all the intelligence agencies that contributed to the relevant portions of the FISA applications that have been ordered to be declassified will have the opportunity to make recommendations for redactions.
Those recommendations will be compiled by the Office of the Director of National Intelligence and will be presented to the White House.
The President of the United States is the declassifier-in-chief. He has the final say on whether to accept the recommendation of the intelligence community or ignore it.
It is worth noting, this FISA has previously gone through the declassification process and the pages the president has ordered declassified were previously withheld after that review.
What is the deadline? When will all of this work be completed? It’s not clear. As the ODNI said in a statement, Monday, they are working “expeditiously” with interagency partners to conduct the review. A source familiar with the process say they are working quickly but are not wed to any particular timeline.
Copyright © 2018, ABC Radio. All rights reserved.