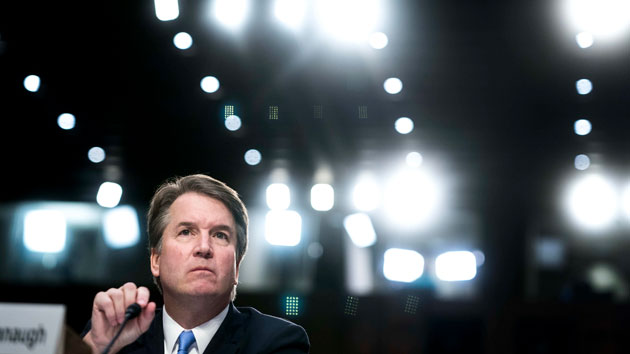 Melina Mara/The Washington Post via Getty Images(WASHINGTON) — A California psychology professor who has accused Supreme Court nominee Brett Kavanaugh of sexually assaulting her in high school wants to cooperate with federal lawmakers considering the nomination, but doesn't want to be part of a Washington "bloodletting," her attorney said on Good Morning America Monday.
Christine Blasey Ford wants to speak to investigators about her allegations, but she doesn't want to become the next Anita Hill, her attorney, Debra Katz, told ABC News Chief Anchor George George Stephanopoulos on GMA.
"It's not clear what the Republicans are saying," said Katz. "I was listening to some reporting this morning saying that they're going to fight this tooth and nail, that they're going to grill her. That's hardly an effort to get into a fair and thorough investigation of what has occurred. That's a very intimidating statement and it really is designed to scare her and make her not want to come forward.
Katz added: "She's willing to cooperate. What she's not willing to do is to be part of this bloodletting that happens in Washington."
Copyright © 2018, ABC Radio. All rights reserved.