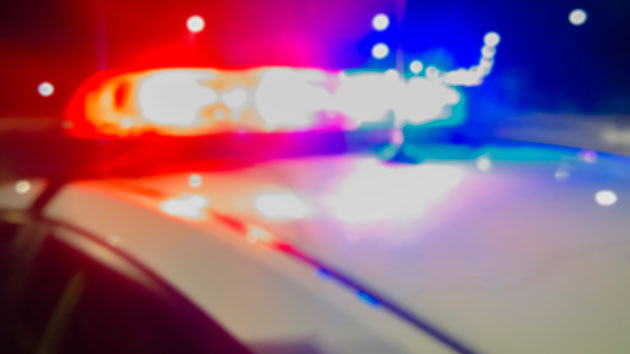 iStock/Thinkstock(FORT WORTH, Texas) — An undercover Fort Worth, Texas, police officer shot in the head in a firefight with a group of armed robbers died late Friday evening, officials said at a midnight press conference, which was posted to the police department’s Facebook page.
Hull, a 17-year veteran of the force, was pronounced dead at 9:40 p.m. Friday at John Peter Smith Hospital, where hundreds of his fellow officers had gathered to keep vigil and show their support, ABC News affiliate WFAA-TV reported.
Hull was the first officer from his department to die in the line of duty since 2006.
“We’ve lost a true hero,” Police Chief Joel Fitzgerald said. “Someone who has dedicated more than one tour of service to this great city."
Fitzgerald was joined at the press conference by Fort Worth Mayor Betsy Price.
"Officer Hull's death is the worst-case scenario for our men and women in blue," she said.
Hull was conducting surveillance on a trio of armed robbery suspects near midnight when they entered a sports bar.
The three men entered the bar with guns drawn, authorities said. Hull and other officers were waiting outside and confronted them as they ran from the establishment and tried to jump into an SUV.
Police said one of the men, Dacion Steptoe, fired at Hull, striking him in the head. Another officer returned fire, killing Steptoe, according to WFAA-TV.
Two other men, Samuel Mayfield and Timothy Huff, were identified by authorities as Steptoe’s accomplices.
The trio are suspected in a string of as many as 17 armed robberies of mostly Latino bars, in which three people have been shot, according to police officials.
Officials said that, on the night Hull was shot, the three men were returning to the same bar they had robbed in July. Security video from inside the bar that night was released over the summer.
Hull is survived by a wife and two daughters, WFAA-TV reported.
The Fort Worth Brotherhood for the Fallen chapter is accepting donations for Hull's family.
Copyright © 2018, ABC Radio. All rights reserved.