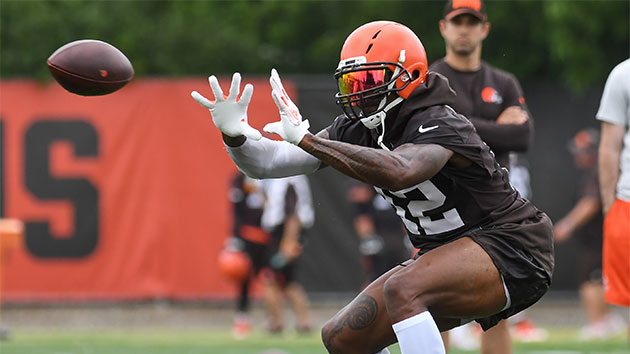 The news came the same day the team ruled the former pro-bowler out for Sunday's game against the Saints.

Gordon had been suspended for most of the past four seasons for repeated drug offenses.

In a statement, team general manager John Dorsey said, ""For the past six years, the Browns have fully supported and invested in Josh, both personally and professionally and wanted the best for him, but unfortunately we've reached a point where we feel it's best to part ways and move forward. We wish Josh well."

Sources tell ESPN's Chris Mortenson that Gordon broke the team's trust after coming to the facility with a hamstring injury after being a full participant all week during practice.

In week one, Gordon caught a 17 yard touchdown pass against the Steelers.