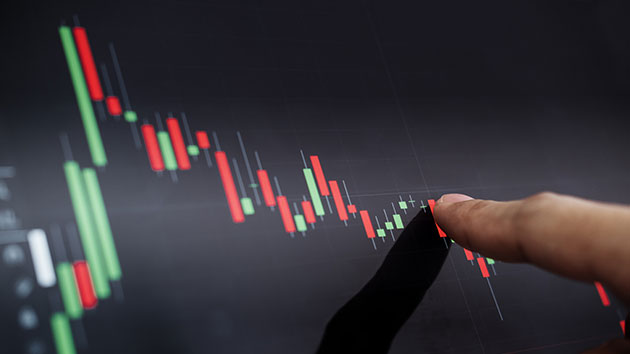 iStock/Thinkstock(NEW YORK) — Ten years ago this week, as the nation’s subprime mortgage crisis deepened, Lehman Brothers submitted the largest bankruptcy filing in U.S. history — a flashpoint in the country’s worst financial downturn since the Great Depression.
The firm was heavily involved in subprime mortgage lending. As people began to default on their loan payments, their houses were foreclosed on, and they were forced to leave.
The problem was felt most acutely in Lee County, Florida, which became the nation’s capital of foreclosure.
“You walked down a street and you saw houses vacant, people stealing the air conditioners for the copper,” said Lee County Commission Chairman Cecil Pendergrass.
Entire subdivisions suffocated under waist-high weeds, boarded-up windows and blackened swimming pools.
Ten years later, Karen Tighe is still recovering.
“Everything is up in the air,” Tighe said in a small, squat duplex rental in Cape Coral, Florida. She was packing, forced to move because her rent was going up beyond what she could afford.
Lehman’s bankruptcy was preceded by the federal takeover of home mortgage lenders Fannie Mae and Freddie Mac, which were put under the conservatorship of the Federal Housing Finance Agency (FHHA) after the housing market collapsed and the subprime mortgage crisis reached a critical stage.
"I have determined that the companies cannot continue to operate safely and soundly, and fulfill their critical public missions without significant action to address our concerns," then-FHFA Director James Lockhart said in a news conference at the time.
Then-Federal Reserve Chairman Ben Bernanke called it “necessary” and promised it would “strengthen the U.S. housing market and promote stability in our financial markets."
Ten years later, stability is still lacking for Tighe, who lost her job, her home and her savings during the financial crisis.
“I’m shaking when I think about it too much,” she said.
As Tighe tells it, her bank took money from her account to pay a mortgage payment that was five days late. Her checks began to bounce.
“We lost the house. I lost my job. We were basically dumpster diving, looking for things in the trash we could take to the flea market and sell," she said. She survived that way for two years, liquidating “the silverware, the china, anything that I had of value.”
Tighe and her husband finally landed in the small duplex that backs up to a drainage basin where blue jays squawk in the trees, ducks waddle by and an osprey camps in an elevated nest. She had been juggling odd jobs to pay the $1,030 monthly rent before the landlord raised it to $1,600.
“We’re coping the best way we can,” Tighe said. “You try to see the beauty in each day, the positive in each day. But some days, it gets really hard.”
It was one of those days as Tighe waited for word on whether her application for a loan to buy a small trailer home would be accepted. The last 10 years have taken a toll on her credit.
“Every month is survival for us when you’re living from paycheck to paycheck,” she said. “We have been for the last 10 years.”
Tighe gripped a mug of strong coffee — “Minnesota black” she called it, reflecting her Midwestern roots — and took a wistful look at the setting she was about to leave.
“I know we’re going to survive," she said. "Sometimes the fear of not knowing is scary. I’ve got a tent in the garage if it comes to that.”
Thankfully, it did not come to that. Tighe’s loan application was accepted, and she and her husband took possession of a trailer home this month.
“Life is full of trials and tribulations, and we climb out of them,” she said. “We’ll be OK.”
Copyright © 2018, ABC Radio. All rights reserved.