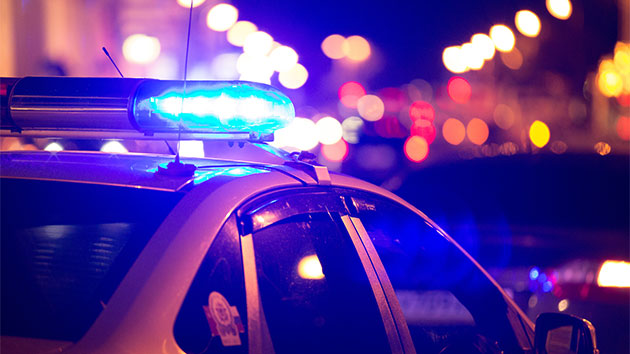 iStock/Thinkstock(DETROIT) — A 17-year-old girl was smiling and laughing after she allegedly stabbed a classmate to death at a Michigan high school, prosecutors said in court Friday, according to ABC Detroit affiliate WXYZ-TV.

Tanaya Lewis was charged with one count of first-degree murder in the stabbing that killed a 16-year-old girl, Macomb County Prosecutor's Office told ABC News. She appeared at her charging hearing Friday morning via video chat, a photo published by WXYZ shows.

The dispute was apparently over a boy, Warren Police Commissioner Bill Dwyer said in a press conference Wednesday, adding that the teens were friends but appeared to have had a falling out after they both dated the boy.

Lewis allegedly stabbed the victim twice in the upper chest — once to the heart — after approaching her Wednesday morning at Fitzgerald High School in Warren, a suburb of Detroit, police said.

The confrontation occurred during a class transition, WYXZ reported. The victim then tried to run away, but Lewis chased after her and stabbed her in the back, piercing her lung, according to WXYZ.

About 20 to 30 other students and their teacher were in the classroom at the time, Dwyer said. No one else was injured.

After the teacher pushed her away, Lewis allegedly attempted to get around the teacher and yelled, "I'm going to kill her," prosecutors said in court Friday, WXYZ reported. Witnesses told authorities that she was smiling and laughing after the stabbing, according to the station.

The victim was taken to a local hospital and died less than an hour later, Dwyer said.

In Michigan, a person is considered an adult in criminal law at age 17.

The male student whom the attack was apparently over, who is 16 or 17 years old, is cooperating with the investigation, Dwyer said.

Dwyer described both the suspect and victim as "straight-A students" who have never been in trouble before. The victim was a member of the school's cross country team, robotics club, color guard, marching band, National Honors Society and student council, Dwyer said.

Lewis made "some admissions" when she was taken to the police station for questioning, Dwyer said.

On Friday, Lewis was denied bond and will appear in court later this month, WXYZ reported. She did not enter a plea in court.

ABC News could not immediately reach an attorney for Lewis for comment.