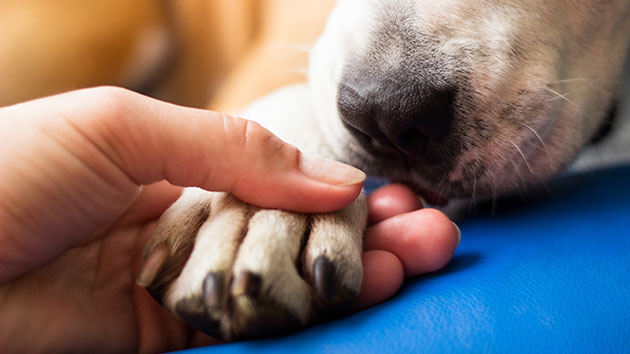 iStock/Thinkstock(CHARLESTON, S.C.) — Many South Carolina residents were working to secure a safe shelter for themselves as Hurricane Florence made its way inland, but some also took time to think about the homeless animals in the area who could be in danger.
The Animal Society in Charleston, South Carolina, was closed on Friday as the dangerous hurricane came ashore, but it gave its social media followers a reason to smile when it shared heart-warming photos from pre-storm adoptions.
"In this stressful time of waiting to see what Hurricane Florence has in store for our community, I thought it might be sweet to post one of the last adoptions we did before we closed on Wednesday," the shelter said in a Facebook post early Friday.
The shelter said it evacuated 62 dogs "out of harm's way" and planned to evacuate 25 kittens and four bunnies before the week’s end, according to its website. It had more than 550 animals in its care as of Thursday.
The Animal Society said it would serve as a “regional staging area for supplies."
It said residents should put their safety first, but "let's not forget our animals as this dangerous storm approaches."
Other shelters in the storm path made appeals to the public this week, asking residents to open their homes to pets in need ahead of the hurricane.
Saving Grace, an animal shelter in Wake Forest, North Carolina, said people in its community came together to help house more than 120 dogs who were still "waiting for their forever homes."
"We are grateful for those individuals in our community who stepped up yesterday to open their homes to 124 Saving Grace dogs," the shelter said Thursday. "All these dogs came to us in need — some from evacuated shelters this week. And some have been with us prior to Florence, waiting for their forever homes."
"We may have a small shelter, but our volunteers and the difference they make in the lives of many is huge," it added.
Copyright © 2018, ABC Radio. All rights reserved.

South facing flood warning and severe storm threat
Massachusetts residents told they could wait hours or days to schedule COVID-19 vaccine appointment
Stormy weather pattern on the way for the West and the South
South Dakota attorney general faces call to resign over fatal crash as impeachment proceedings begin
14-year-old girl abducted in North Carolina is found safe in Arkansas: Police
COVID-19 is circulating in some animals. What does that mean for us?