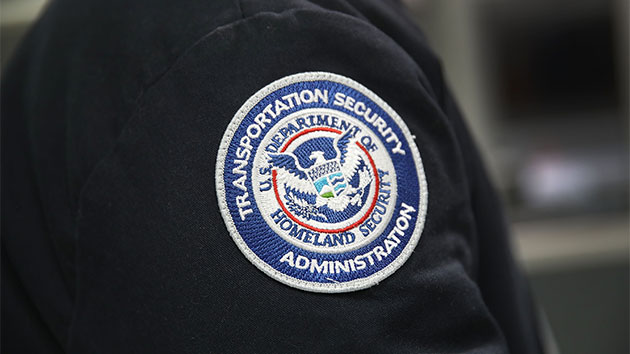 Joe Raedle/Getty Images(WASHINGTON) — After allegedly refusing to cooperate with investigators, Congressional leaders are ordering a senior Department of Homeland Security official to answer questions regarding reported retaliation against whistleblowers within the department, according to documents obtained by ABC News.

The subpoena, issued Friday by the House Oversight Committee, directs DHS's Principal Deputy General Counsel Joseph Maher to appear for an interview after allegedly denying their request to comply with the committee's orders to turn over documents and answer questions for nearly two years.

"With most government officials, subpoenas do not even have to be threatened, much less executed," Trey Gowdy (R-South Carolina) wrote in a letter to Maher, which was obtained by ABC News. "Therefore, your uncooperative posture is a telling and unacceptable outlier."

The committee accuses the Transportation Security Administration, an agency under the DHS umbrella, of withholding and redacting documents in an effort to hide senior-level misconduct from investigators. Investigators believe the agency did so at the direction of Maher's office, according to the subpoena.

But in a statement, DHS Press Secretary Tyler Q. Houlton, told ABC News that DHS "has cooperated and worked in good faith with the committee throughout its oversight of TSA."

"The Department has provided the committee access to all documents requested; has had senior officials testify at hearings on the subject; has had multiple officials sit for separate interviews; has provided detailed, written explanations of its document production policies; and has repeatedly offered to meet with and brief the committee and its staff. The Department is also fully complying with legal requirements to provide documents to the Office of Special Counsel. Any assertion that our principal deputy general counsel has not cooperated with the committee is untrue.”

The U.S. Office of the Special Counsel, the independent agency tasked with protecting whistleblowers, found three cases in 2014 where TSA supervisors were reassigned after disclosing airport operations and safety lapses to leadership.

"TSA faulted the complainants for poor leadership and abruptly reassigned them from their airports," according to a release from the OSC.

The OSC said in May 2018 that TSA had stopped "its discretionary practice of widespread geographic reassignments," and created a program to stop whistleblower retaliation.

The committee's deposition of Maher is planned for Sept. 25, the day before TSA Administrator David Pekoske is scheduled to testify in front of the committee.