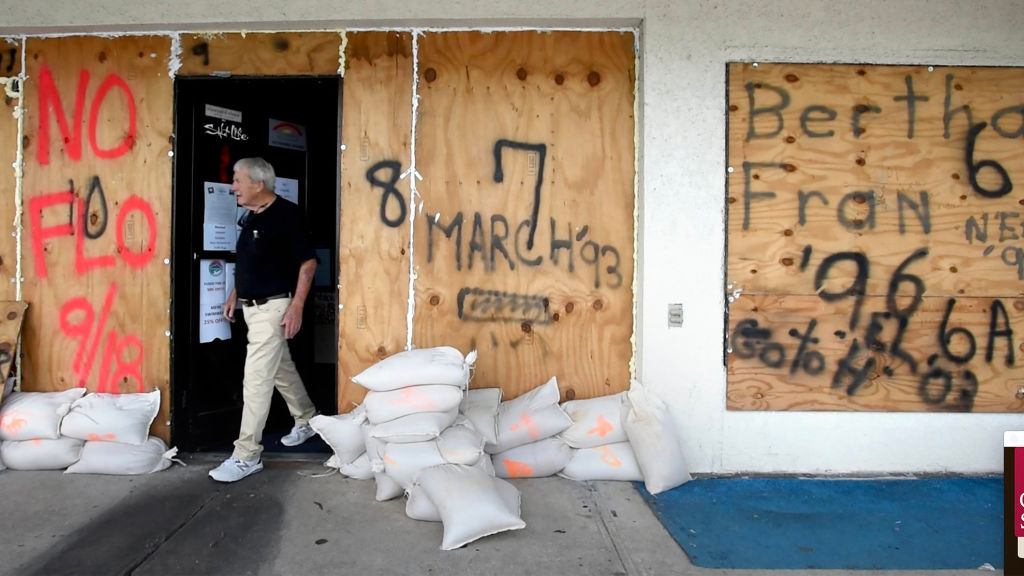 Chuck Liddy/Raleigh News & Observer/TNS via Getty Images(WRIGHTSVILLE BEACH, N.C.) — Don't be fooled by Hurricane Florence's weakening category — the powerful storm still poses the same dangers at a Category 2 as it did as a Category 4, the forecasts show.
Hurricane categories are determined by the wind speeds within the storm system, but the real threats — the amount of rainfall, flooding and storm surge — will stay the same, regardless of the wind speed, according to forecasts from the National Weather Service.
The overall forecasts for rainfall and storm surge stayed the same, despite the wind speed decrease.
The storm is expected to bring storm surges of up to 13 feet in parts of North Carolina and catastrophic flooding in other parts of the state and northeastern South Carolina. Forty inches of rainfall are possible in some areas of North Carolina.
As a Category 3 and 4 storm, Florence has been pushing massive waves toward the East Coast for days, creating the momentum for a pile of ocean water to infiltrate inland.
The storm system itself has significantly slowed since its wind speeds have decreased, now moving at 5 mph toward the North and South Carolina coasts on Thursday afternoon.
With no steering currents in the atmosphere to keep the storm moving, Florence will slow down as it approaches land.
While the storm system will churn over the same areas for 24 hours, the high winds and rain will begin pummeling parts of North and South Carolina Thursday evening and last through Saturday — creating a 36 to 48-hour period of dangerous weather for some areas.
A similar situation happened during Hurricane Harvey in August 2017, when the once-Category 4 hurricane rapidly weakened after making landfall in eastern Texas, causing the system to stall inland before meandering back to the Gulf of Mexico.
The system brought a total of four days of rainfall and caused catastrophic flooding in Houston and the surrounding areas, amounting to about $125 billion in damage, according to the National Oceanic and Atmospheric Administration.
At least 88 people died as a result of the storm, many of whom drowned in the floodwaters, the Department of State Health Services announced last year.
Hurricane Florence is expected to remain a Category 2 storm when it makes landfall Friday morning. Wind damage is expected as well, with hurricane-force sustained winds and wind gusts topping 100 mph in some places. Isolated tornadoes may also be included in the wide-range of impacts the storm will have.
Superstorm Sandy — the October 2012 storm that caused more than $68 billion in damage to the the Northeast coast — was another system to not be deceived by its category.
After making landfall in Jamaica and Cuba and weakening to a tropical storm, Sandy re-intensified into a Category 2 hurricane shortly before making landfall in New Jersey as a post-tropical cyclone, according to the National Hurricane Center.
Sandy killed 117 people, according to the Center for Disease Control and Prevention, and affected at least 24 U.S. states. The storm caused widespread power outages and coastal flooding.