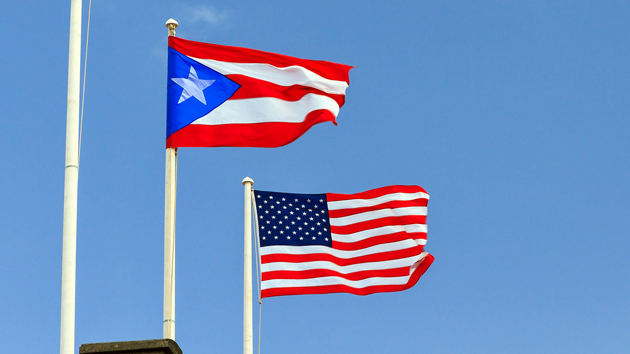 iStock/Thinkstock(WASHINGTON) — President Trump reignited his feud with the mayor of San Juan on Wednesday, calling Yulin Cruz "totally incompetent" on social media.
Trump was defending his administration's response to the hurricanes in Florida, Texas and Puerto Rico last year and argued that government agencies have not received the praise they deserved.
“We got A Pluses for our recent hurricane work in Texas and Florida (and did an unappreciated great job in Puerto Rico, even though an inaccessible island with very poor electricity and a totally incompetent Mayor of San Juan). We are ready for the big one that is coming!” the president said in a tweet, referring to Hurricane Florence that is quickly approaching the Carolinas as a Category 4 storm.
Cruz has been a harsh critic of the president and has repeatedly pleaded with the president to do more for the residents of Puerto Rico.
Cruz, responding to Trump's comment that Puerto Rico relief efforts were an "unsung success," told ABC News: "He never got it. He will never get it.”
Hurricane Maria killed nearly 3,000 people and is one of the deadliest hurricanes on record.
In an interview with "Good Morning America," FEMA administrator Brock Long addressed Trump’s declaration of success, saying, “The problem is that FEMA was the only responder going in and we were the first responder and that's not the way that disaster response and recovery works.”
He suggested disaster recovery should be a "whole community effort."
"It takes everybody from neighbor helping neighbor to the federal government," he added.